Grosuplje lies in a small basin, south-east of Ljubljana in the Central Slovenia region.  As one travels from Ljubljana to Grosuplje, Ljubljana Marshes blend into the characteristic hilly landscape of the Dolenjska region. The town and its surroundings are still relatively undiscovered by the tourists, and it is worth the visit. To find some great photo spots you have to do a little trip around the town. Our favourite locations in the area are:

A small private nature educational trail Following the Kingfisher Trails just bellow the village of Cerovo near Grosuplje in Central Slovenia consist of two small ponds and a few lookout towers. It is a really great spot for observing and photographing birds and other animals. 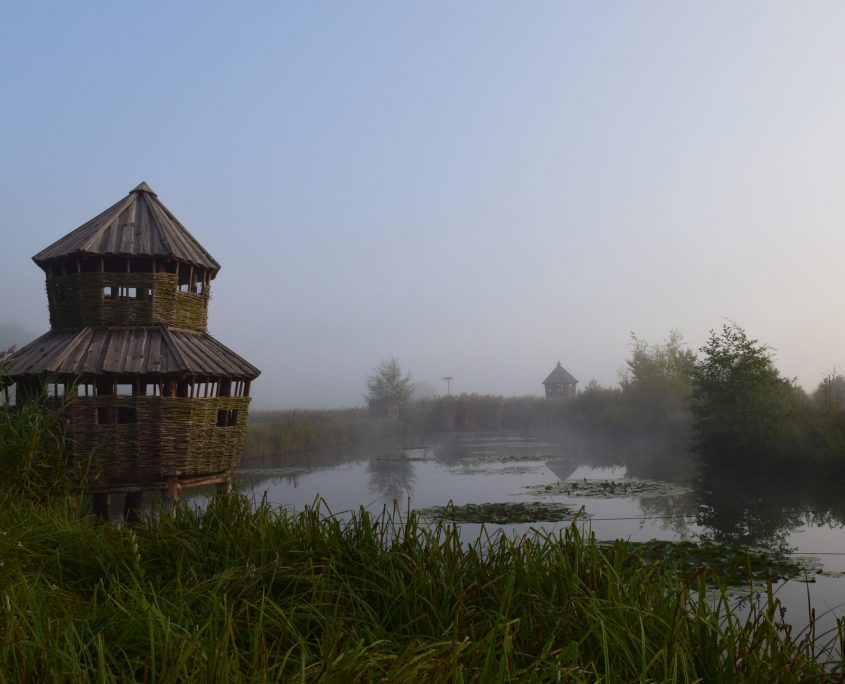 Županova jama is the most beautiful cave in the Dolenjska region, located near the village of Cerovo and only 700 metres away from another attraction of the area, a fortified historical church known as Tabor. 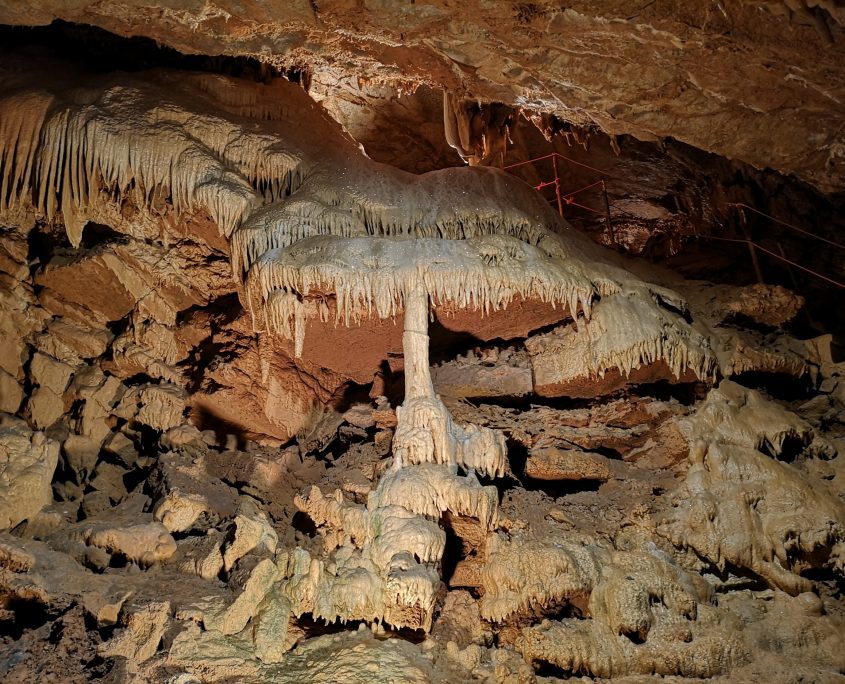 Luče is a small village near Grosuplje in the Central Slovenia region. The main photo attraction must be the local church, dedicated to Saint Oswald. 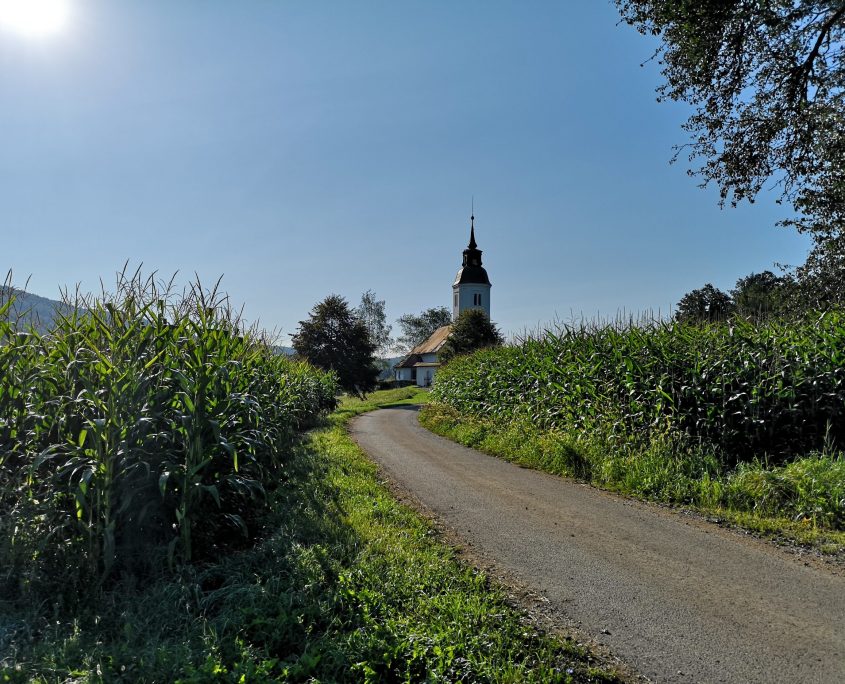 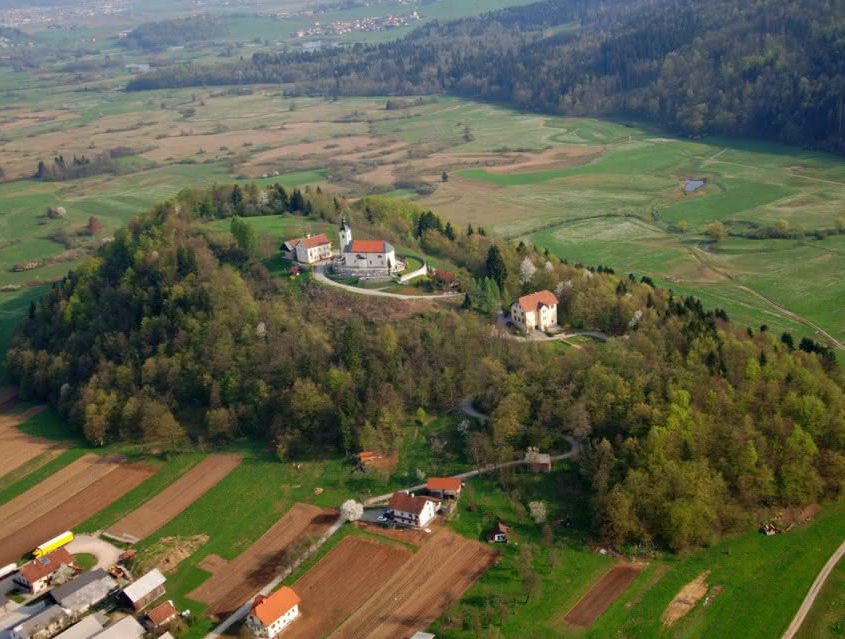 Luče is a small village near Grosuplje in the Central Slovenia region. Driving from Veliko Mlačevo towards Krka a beautiful green valley will open in front of you and offer you some amazing views. What makes this tiny village worth visiting (beside some really good local food at the best known restaurant in the area, Bar pr’Mrtinet) are beautiful meadows and hills, endless roads and green woods. The main photo attraction must be the local church, dedicated to Saint Oswald. 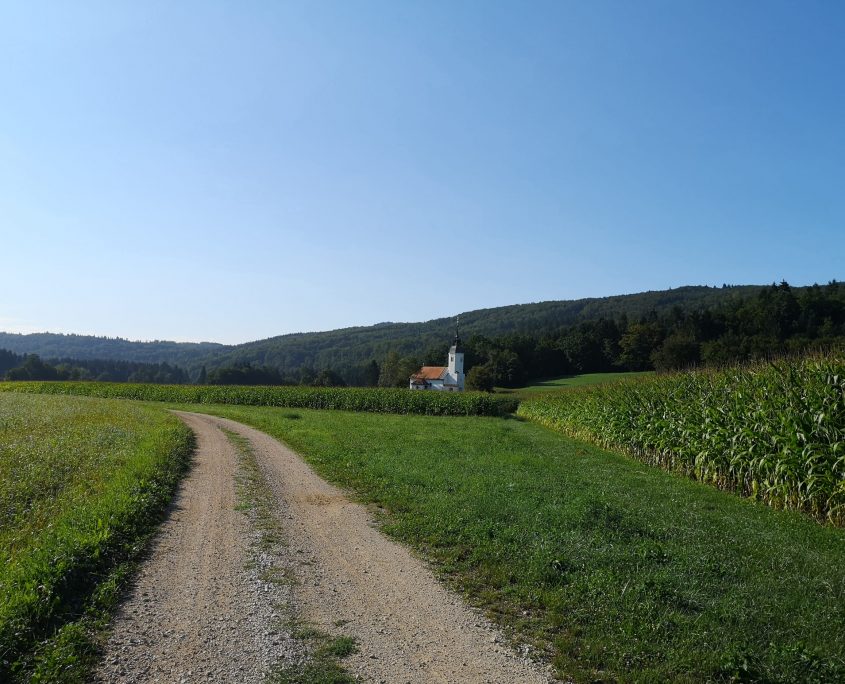 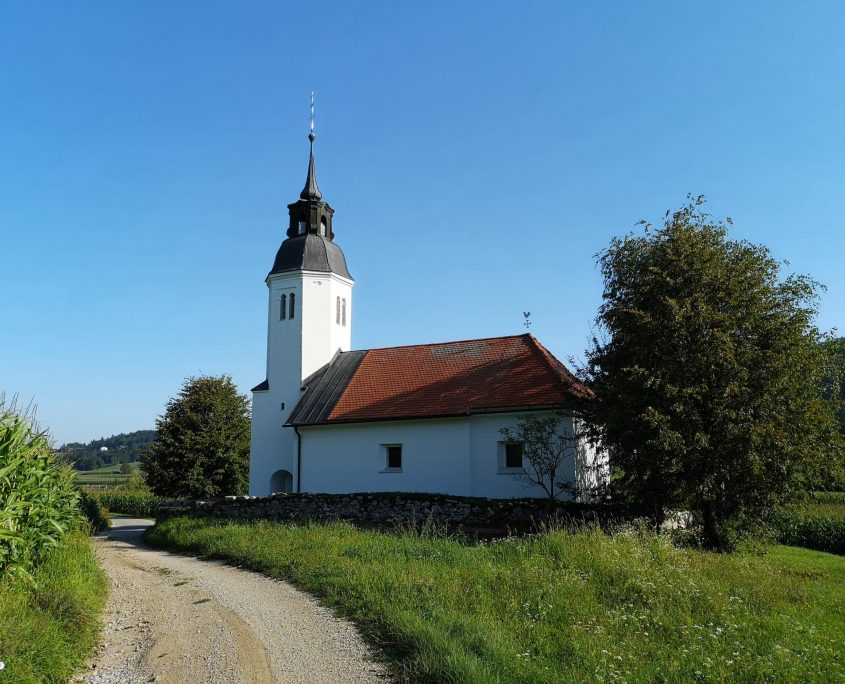 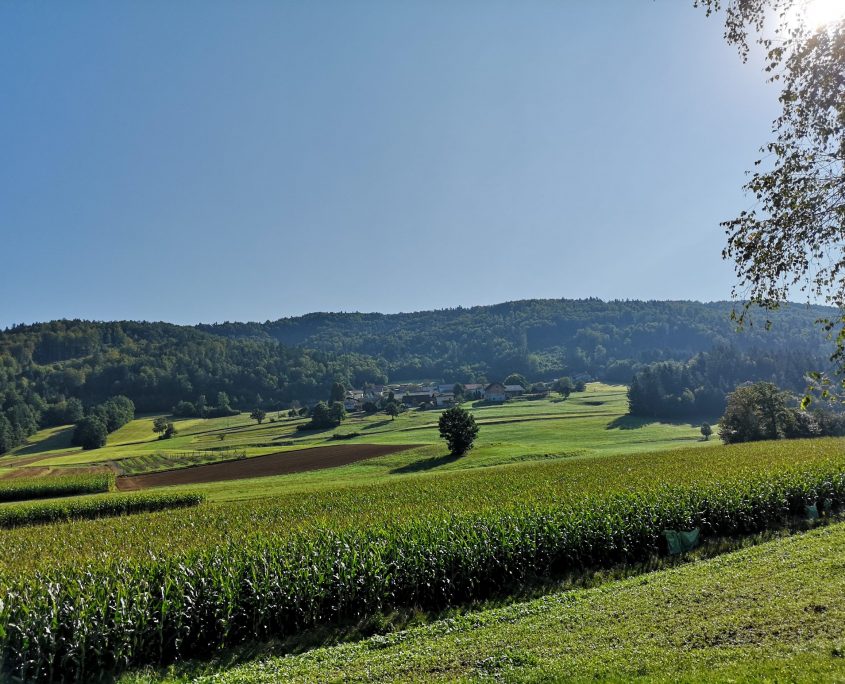 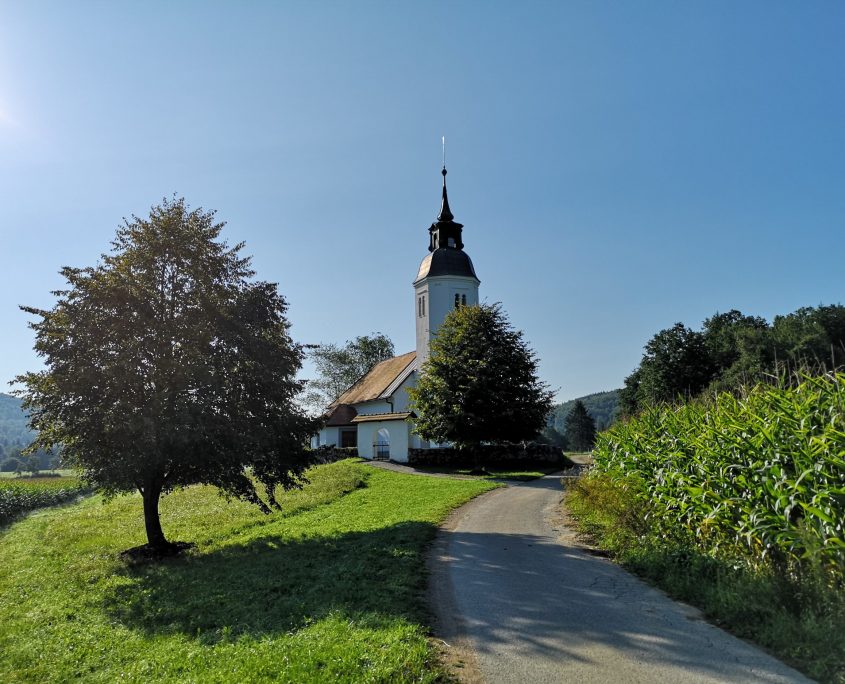 Kamnik is a small picturesque medieval town along the Kamniška Bistrica river underneath the Kamnik Savinja Alps. Its heyday was in the Middle Ages, when it was the capital of Carniola. Nowadays only a small old centre of the town reminds of the days of its glory. Luckily this small town is worth visiting by itself since if offers many opportunities for a good photo without any heavy equipment needed. The second factor of luck is its position close to the mountains which always attract visitors. Kamnik is also one of the most prominent towns of the region called Central Slovenia – really close to the capital but with completely different atmosphere. Just now a campaign is underway promoting Central Slovenia in which everybody can take part and win a prize. Click here to learn more about the contest and here to find out more about Kamnik! 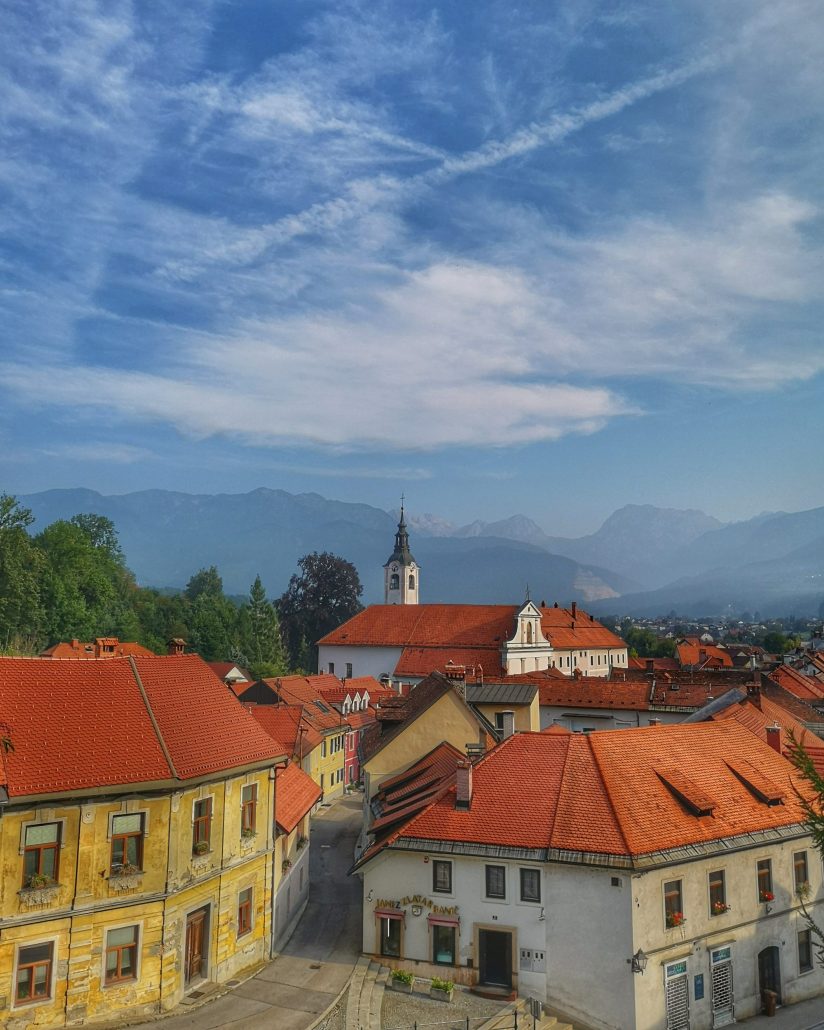 There are three photo spots worth visiting and they are very close to each other. In fact they are all connected with the fourth spot which is also the main street leading through the old town. It is called Šutna. Entering Šutna from SW the parish Church of Mary Immaculate offers a first great view. 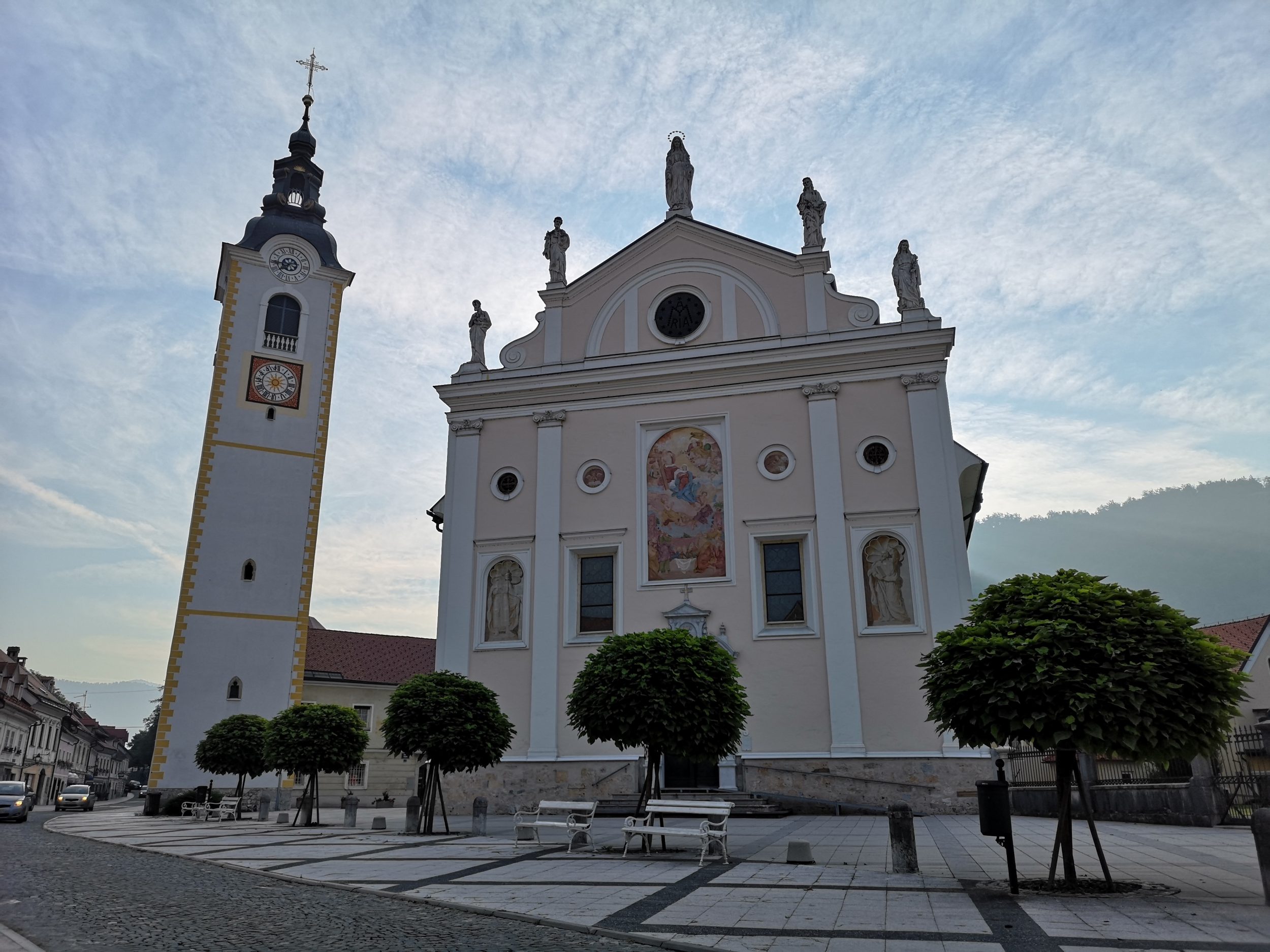 The Šutna Street is open for the traffic but with a little patience it is pretty easy to catch is empty. Walking along the street many details offer to the photographer’s eye and the church from behind, closing the view, is also a great sight and capture, especially in the sunset. Take note of the angels above the roofs! 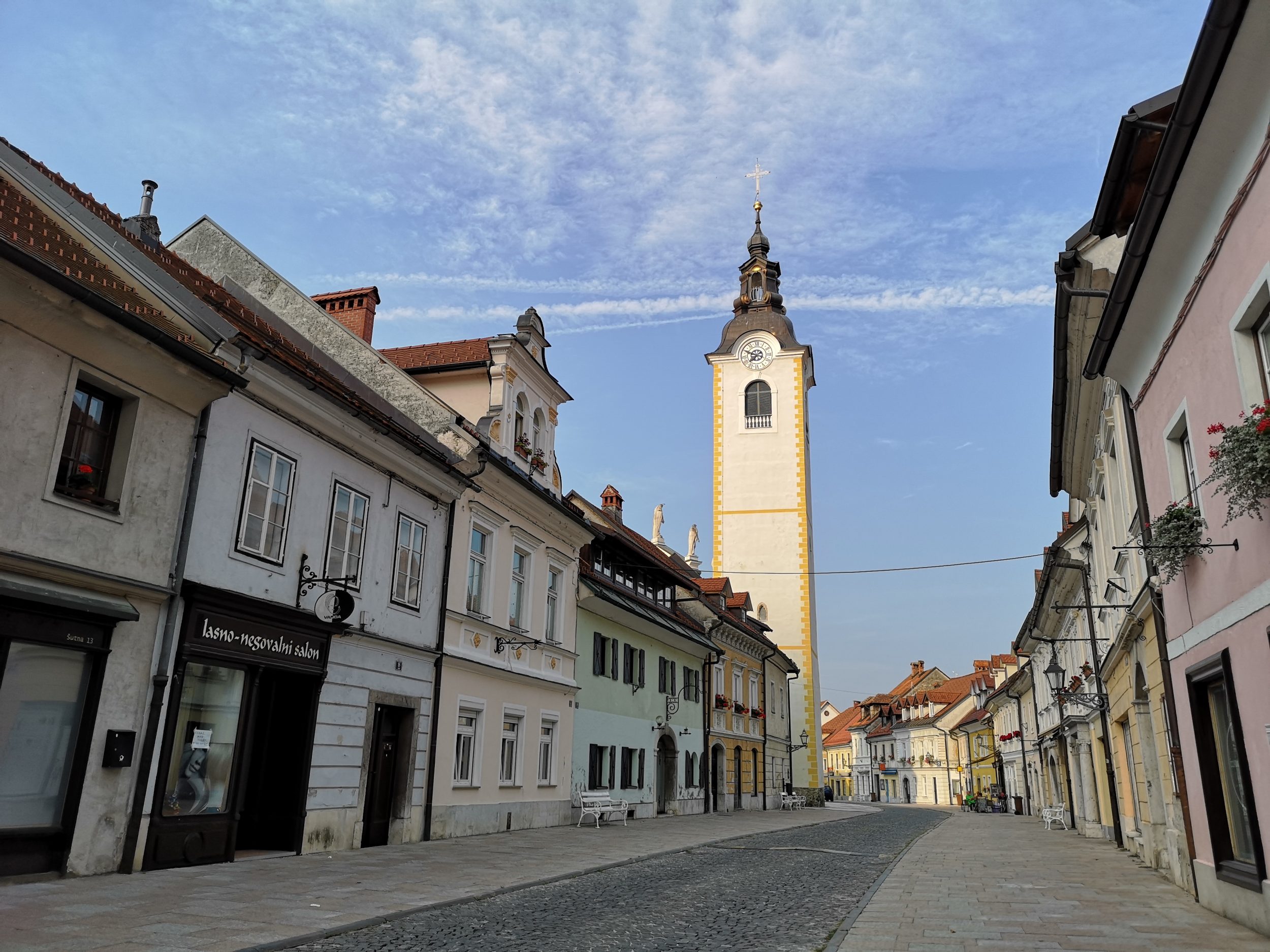 But probably the best way to explore old Kamnik centre would be to turn left first just before entering the street, cross the railway and head to Zaprice Castle – a two minutes walk! The castle is a 16th century Renaissance mansion rebuilt in Baroque style now housing the rich collections of the Kamnik Intermunicipal Museum. 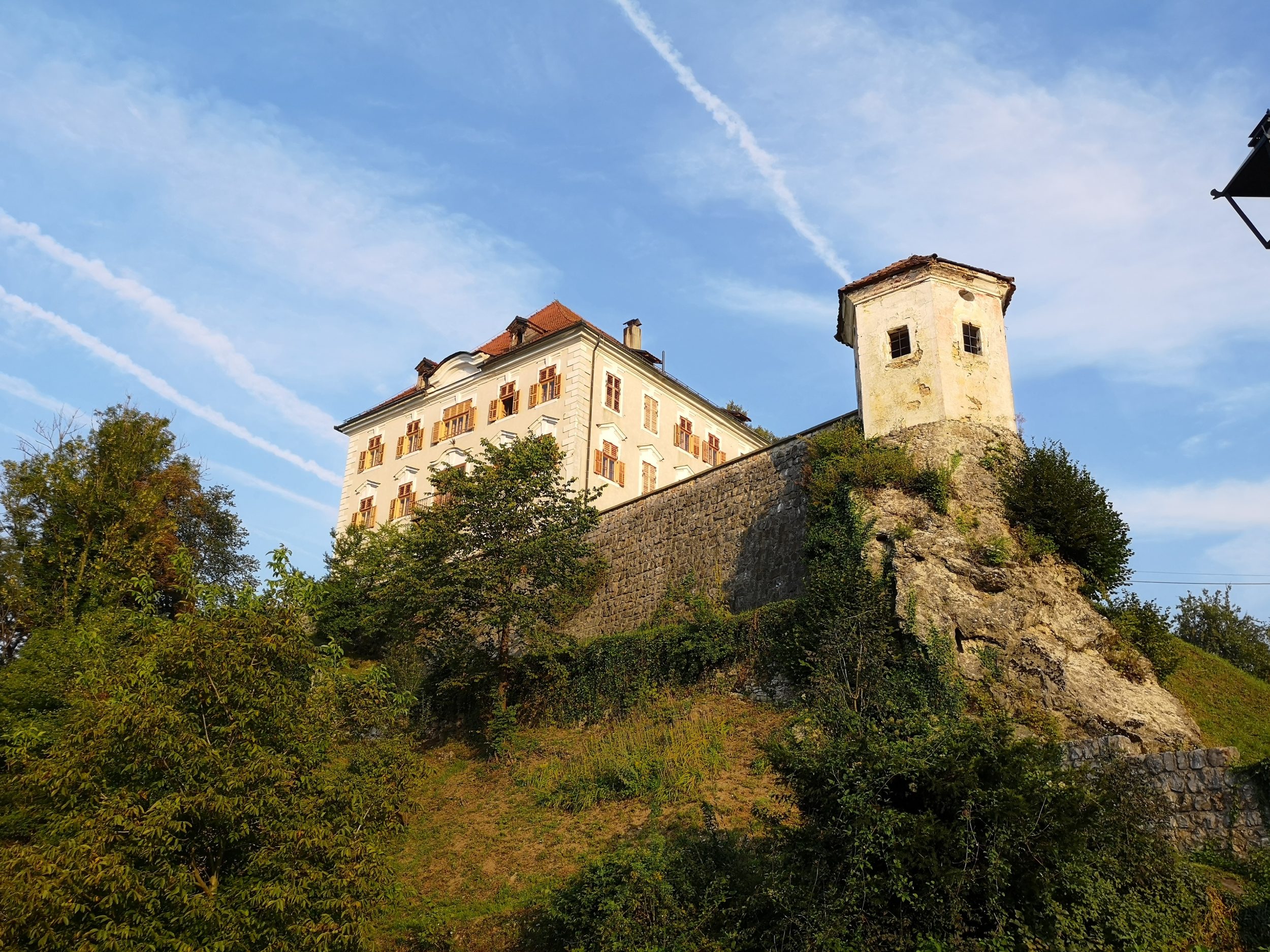 Particularly interesting there is  the permanent collection on herdsmen’s life on the Velika planina high mountain plateau. 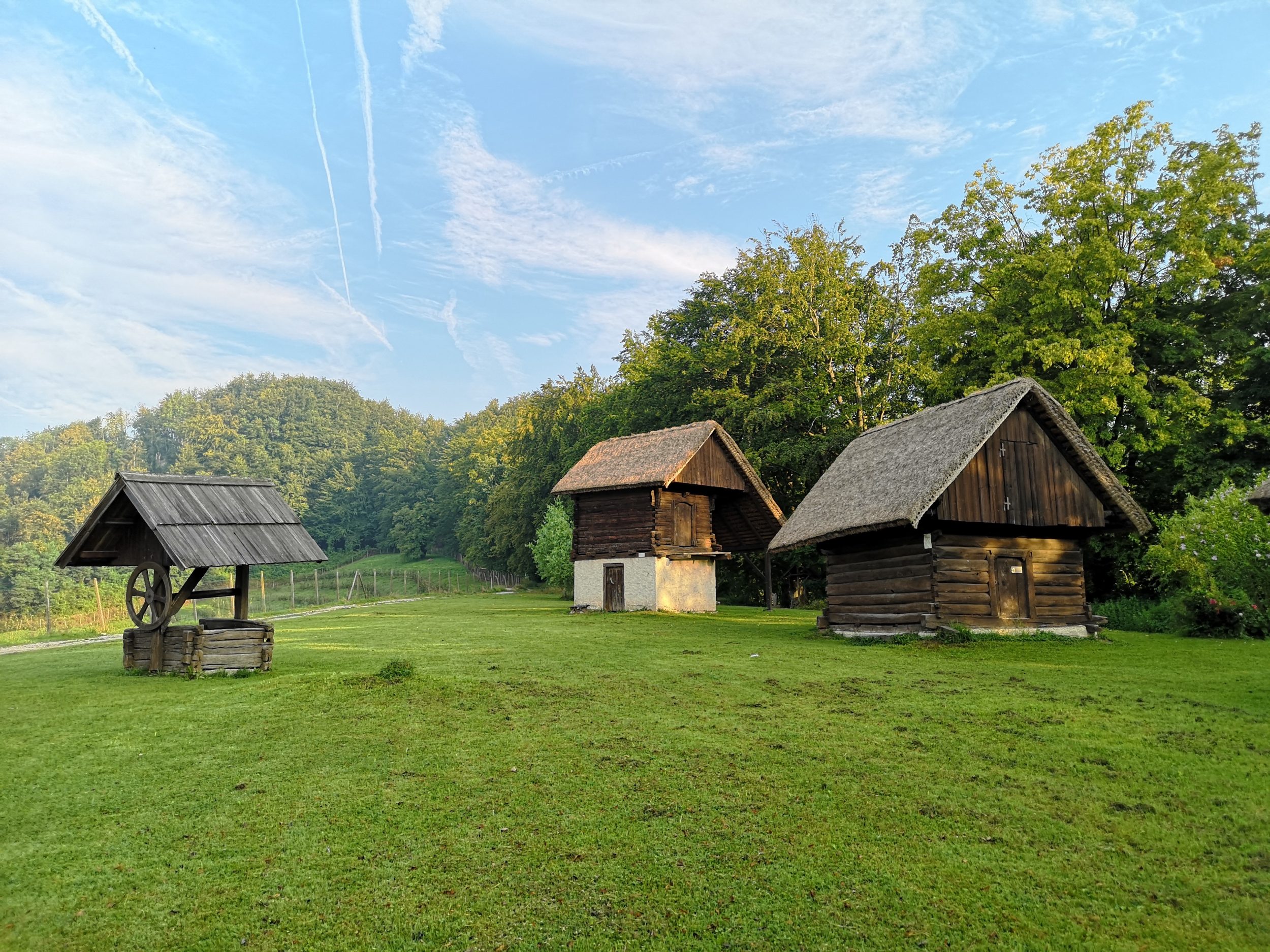 Behind the castle there is a fence through which opens a splendid view of the orchards and the Church of St. Nicholas. 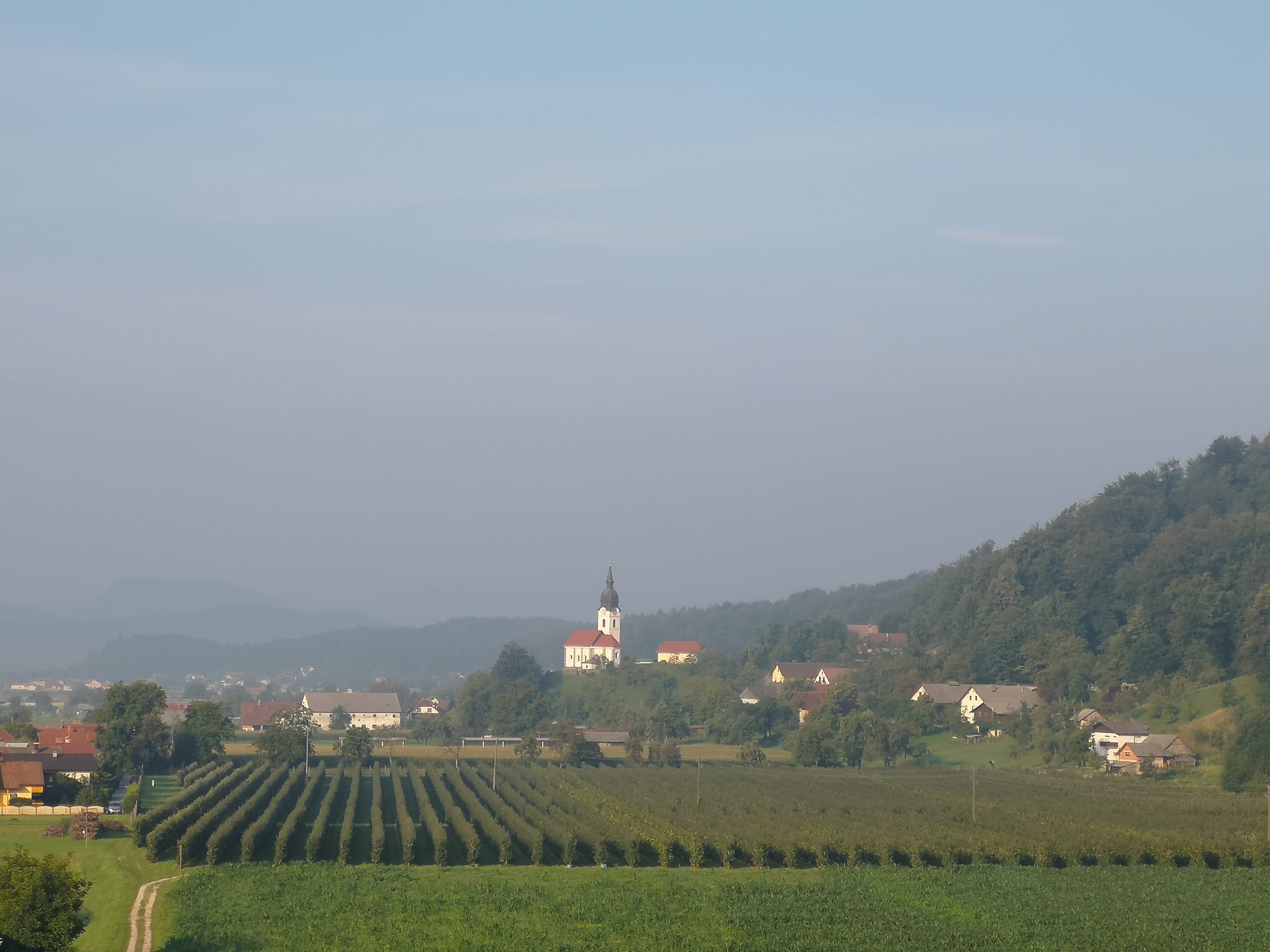 When finished exploring the castle and it’s surroundings the next destination is probably the best known spot of Kamnik which you probably have already spotted from the Zaprice. It is called Mali Grad (The Small Castle) and it overlooks the other end of Šutna. 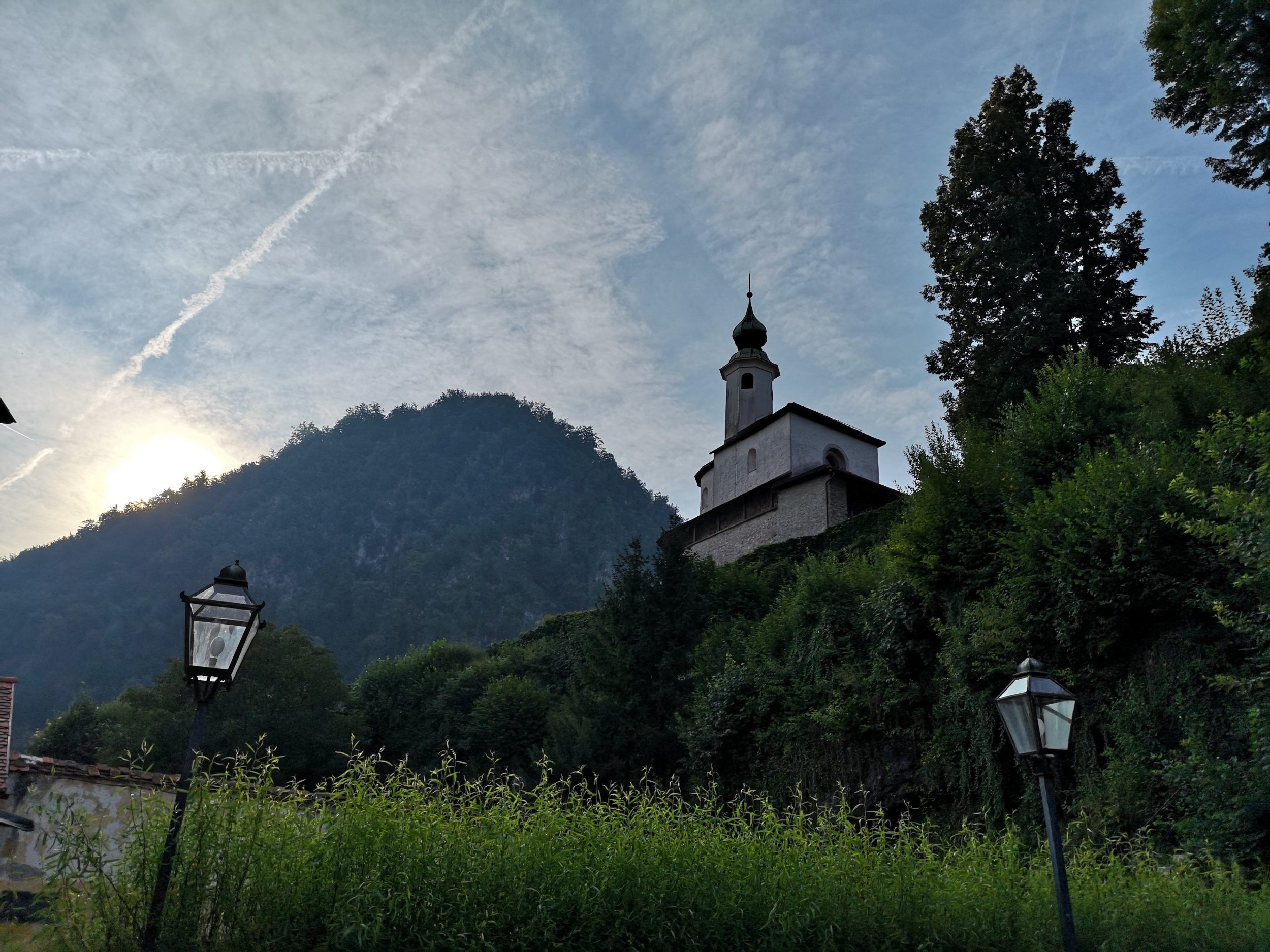 It is situated on the really small hill and accessible via short stairway. From this spot the best view of the other part of the old centre open before the eyes. 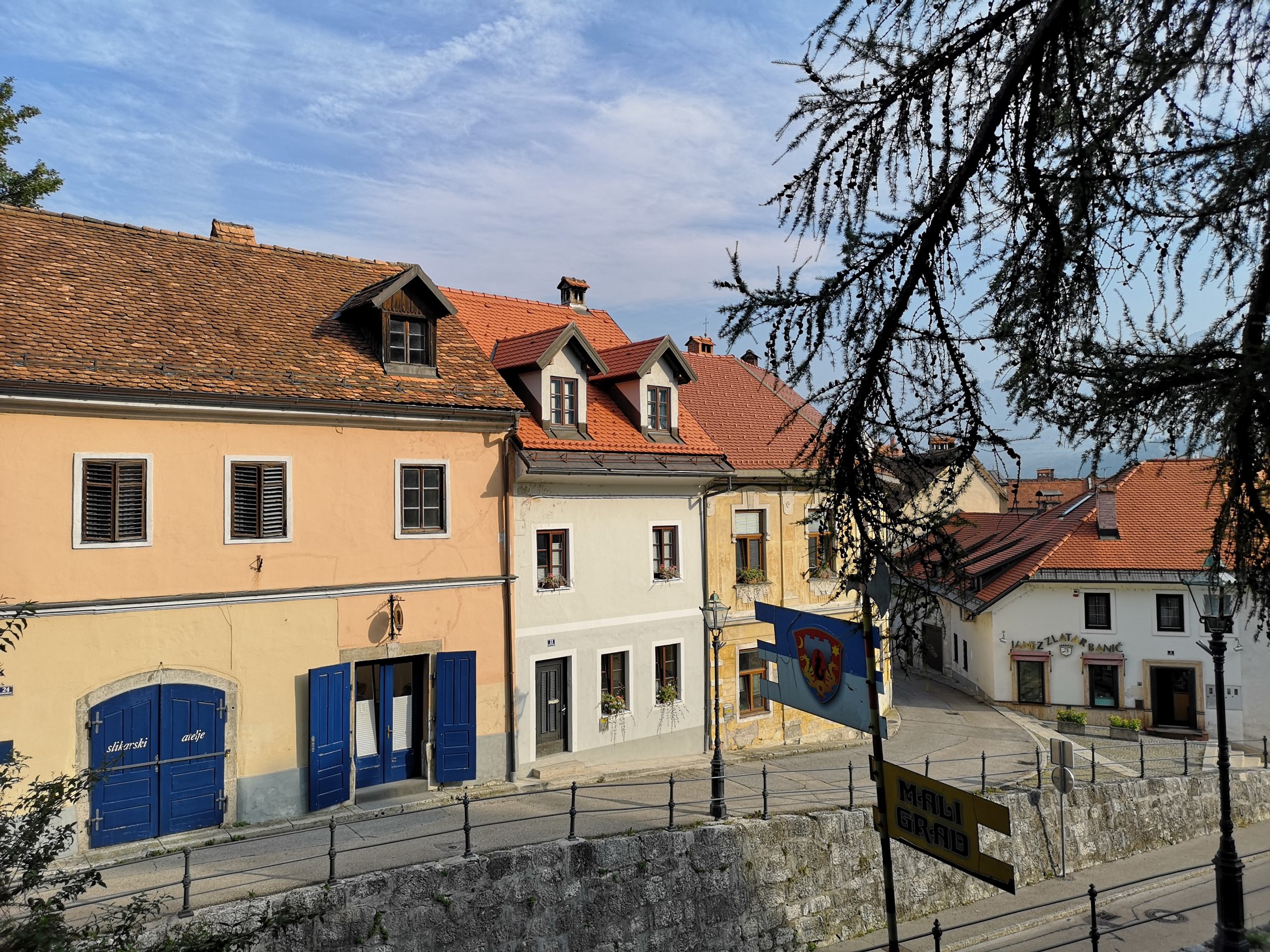 It gets even better if the weather is fine – the mountains in the background make a lot of difference. 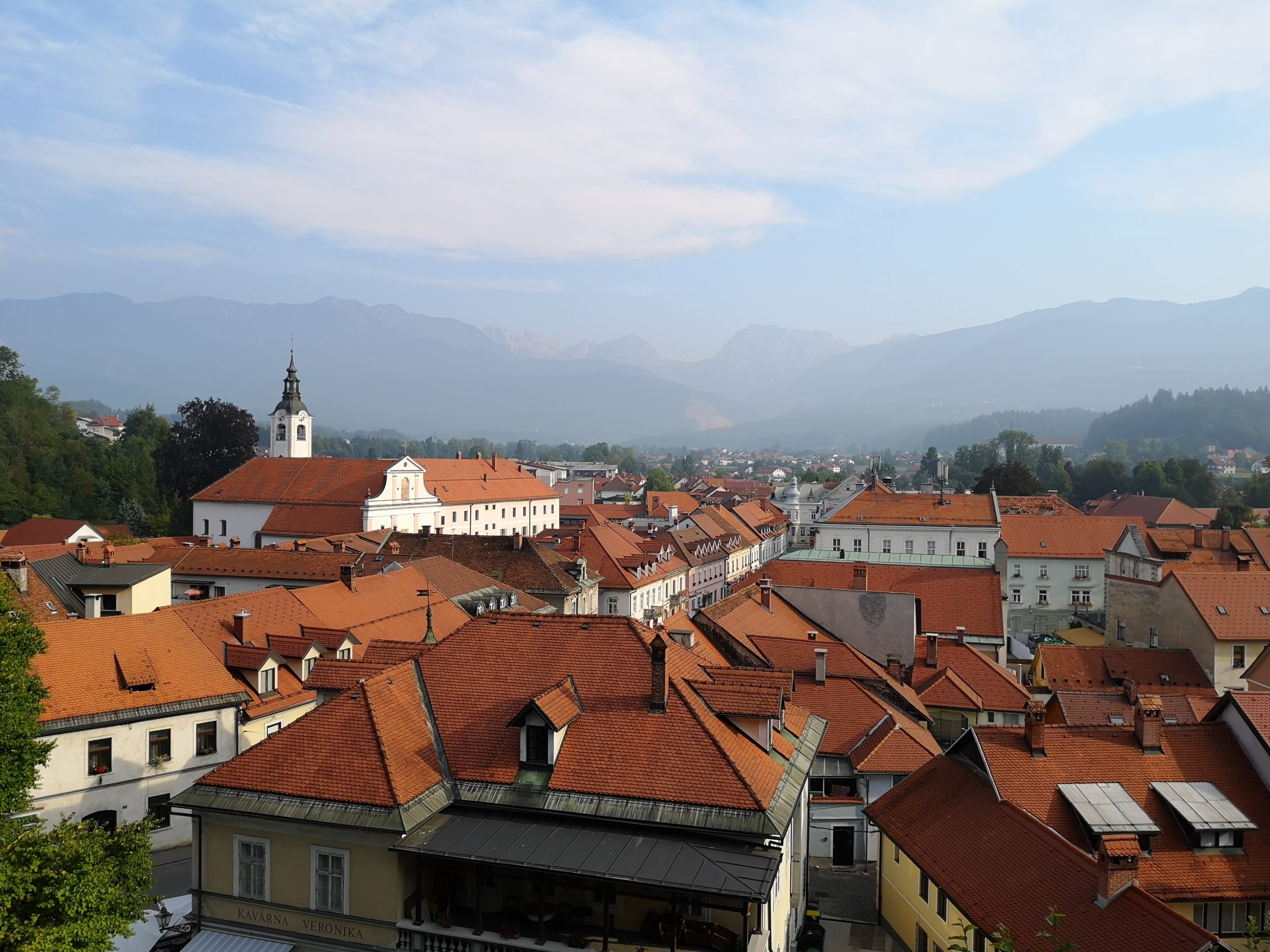 The old stone wall around the Malo Grad is pretty low so climb it freely and find additional sights like this small square. 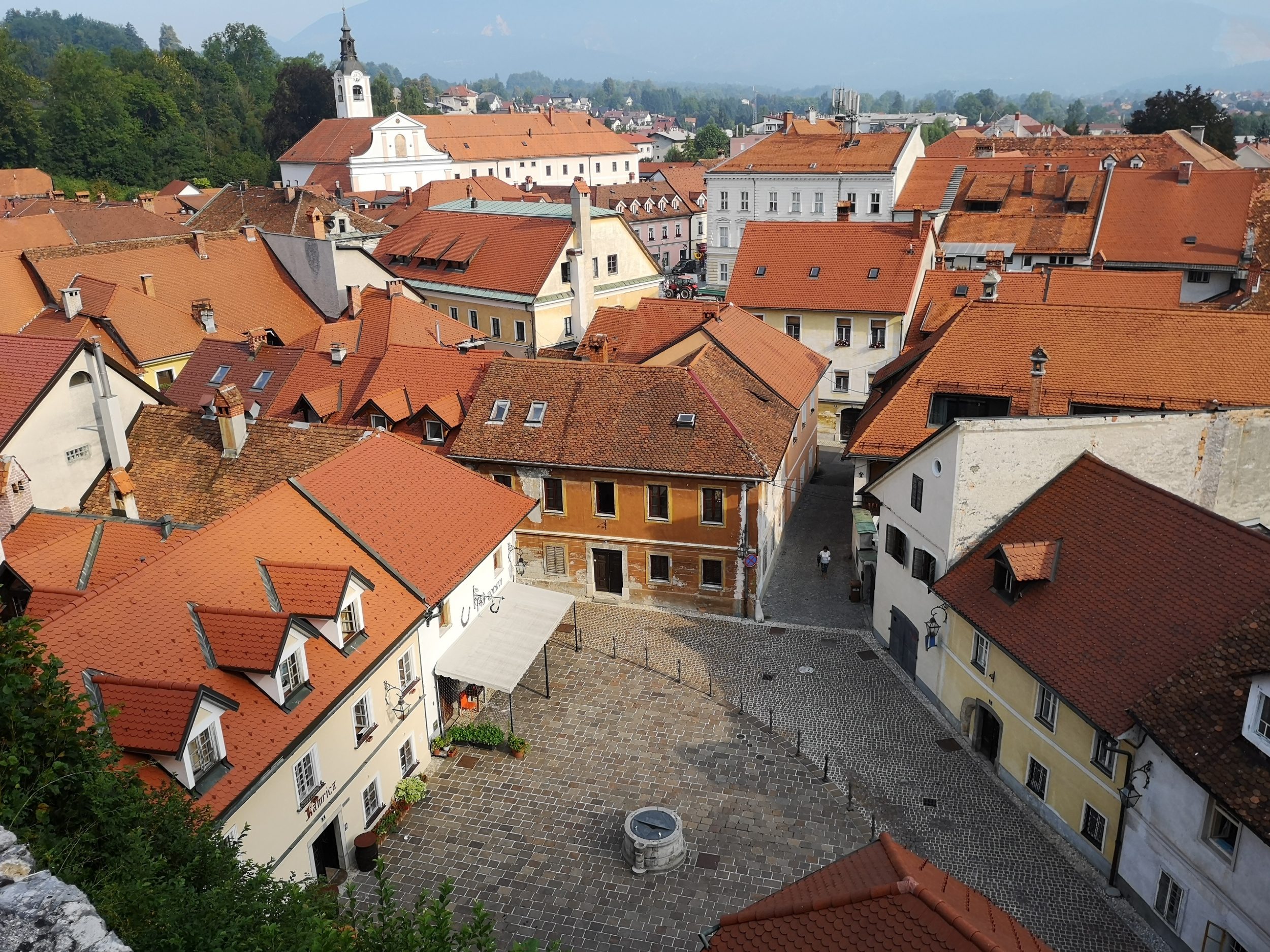 And behind the back…

Coming down from the Mali Grad there is a small open market place just across the street and a train station behind it. Find a narrow street above the station and take another three minute walk. Almost immediately  a nice view of the Zaprice offers itself to the camera – a roof is of the train station. 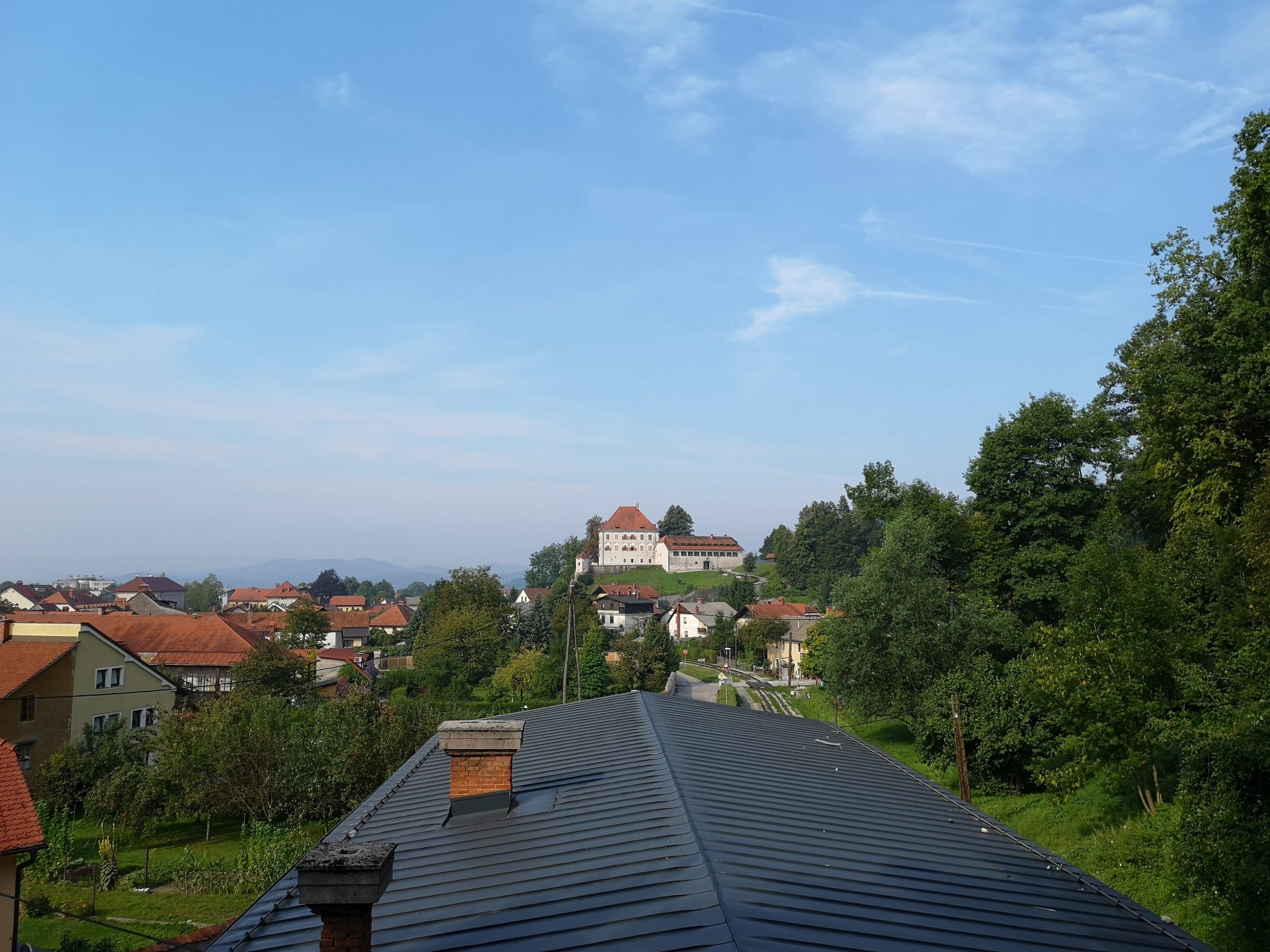 A hundred meters up the hill is another view of the Mali Grad – but it is through the door of the private yard and the owners’s dog has no understanding of the photographer’s needs. 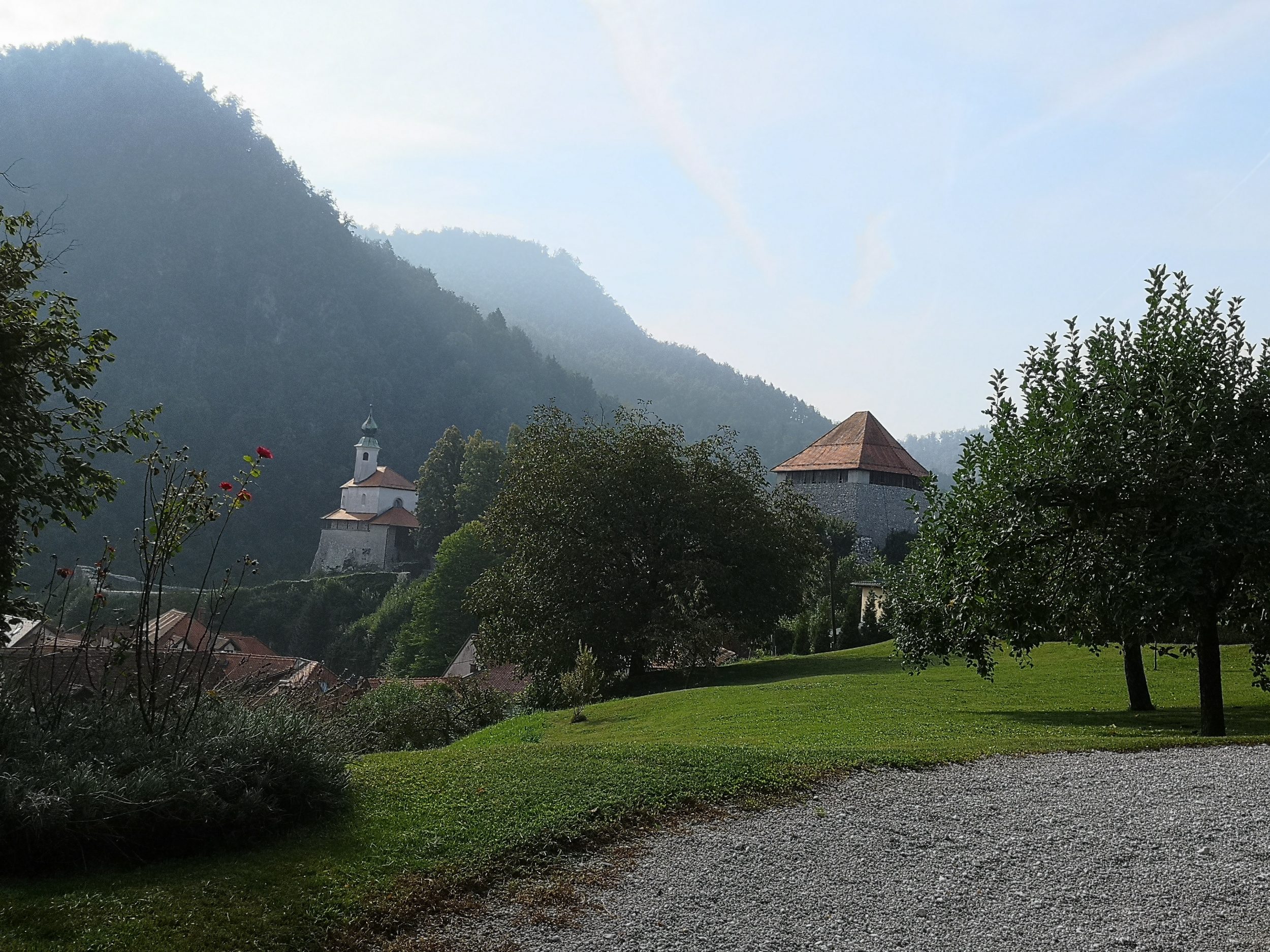 Cemeteries sometimes offers motifs for photographers. We went there to find out if another view of the Zaprice opens but it doesn’t. 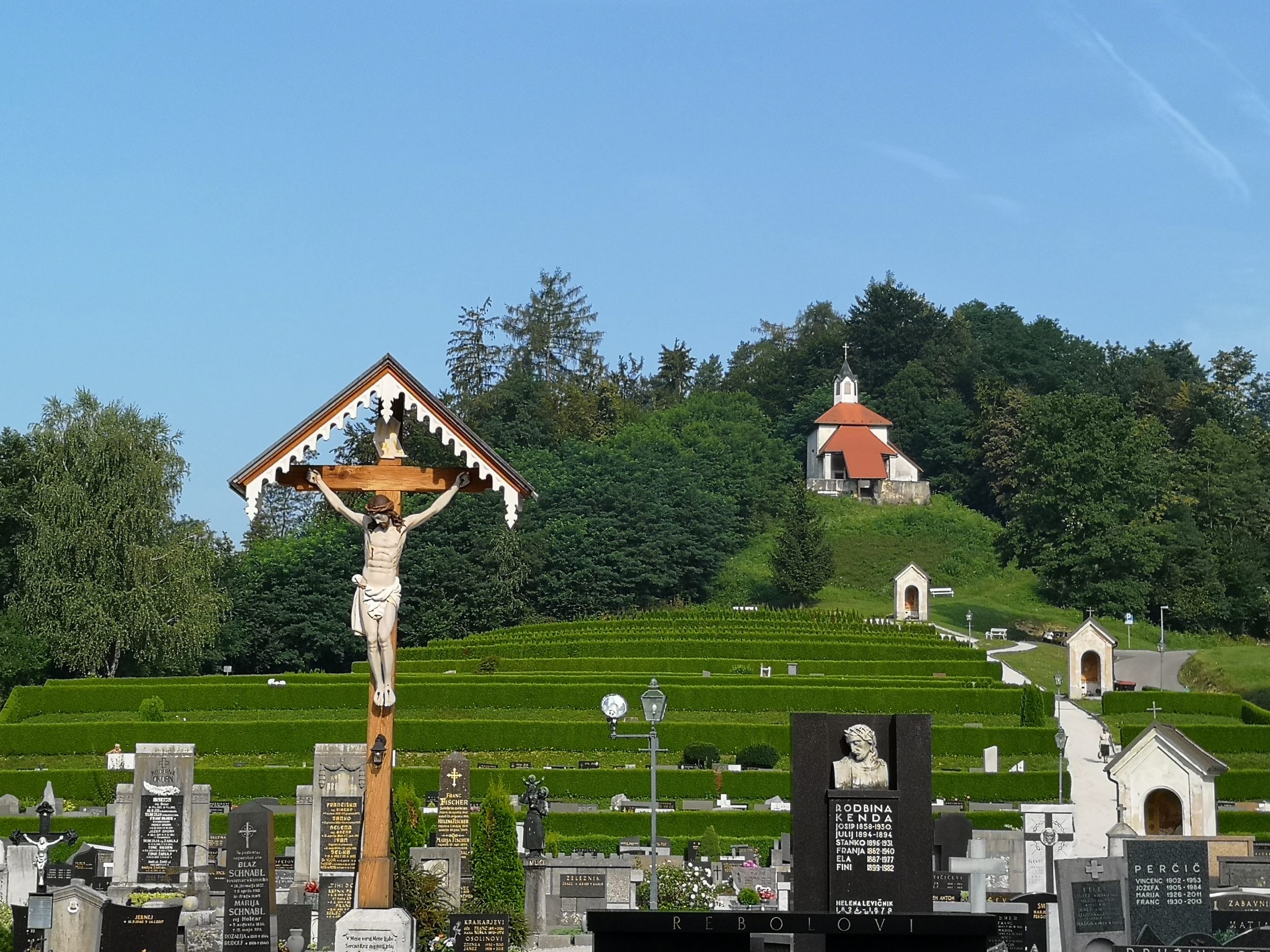 It does from the railway station though. Many other angles can also be found wandering around the small territory. Some would also argue that Stari Grad (Old Castle) offers nice views. It does in fact but not on the old centre since the trees cover it. That would probably change in the near future – a viewpoint deck is under construction there. Until then only views of the mountains and the Kamnik Field are available. In any case – a phone wouldn’t be enough for a good photos. The Old Castle is pretty high on the hill, a 45 minute walk or 10 minutes drive is needed to reach it. In fact, the ruins of the castle. However, the sunrise can be nice and sunset even better there. 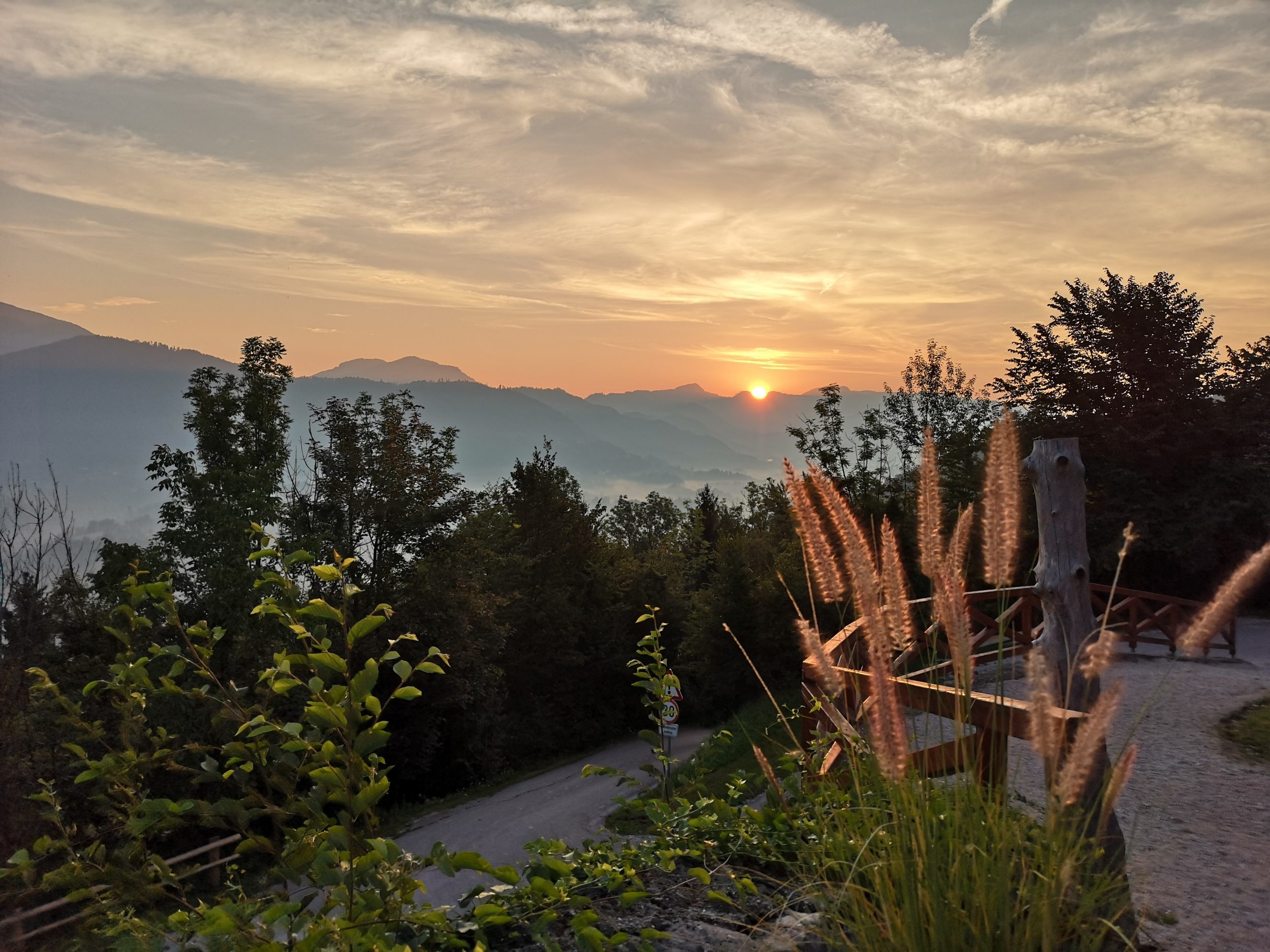 Many other places worth visiting are very close: the source of Kamniška Bistrica, Velika planina mountain pasture and Arboretum Volčji potok to name just a few. Enjoy!

Winner of  the Share Your Postcards from #CentralSlovenia  Challenge will take over a selection to posting features @igslovenia for a week. There is almost 2.000 photos tagged #centralslovenia, a plentiful collection of postcards to share with your friends.

Purpose of the challenge is to raise awareness of the many beautiful spots just around the corner from Ljubljana. We can be successful in fulfilling this task only with the help of you hence we decided to award the most active supporters as Ambassadors who will also receive an exclusive, limited edition T-shirt! 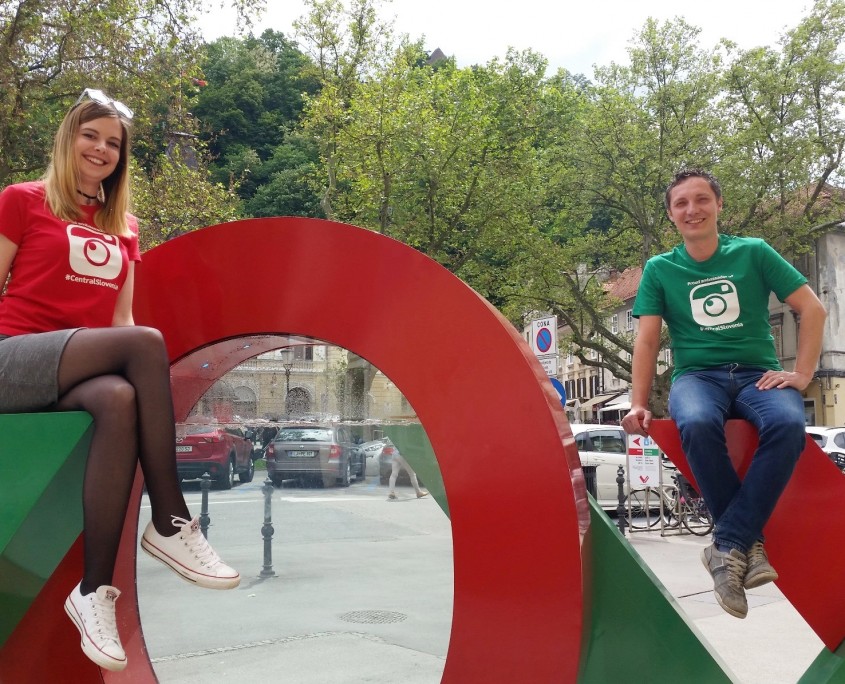 What qualifies you for an Ambassador of #CentralSlovenia? It is simple:

First Ambassador we announced a while ago is @mihapongrac (Miha Pongrac) followed by  Uroš Abram @uabram . They have both shared many photos from the area, Uroš has also been featured.

Following their steps are @peterpancur Peter Pančur and @sasacrocy.loves with a great collections of Central Slovenia posts, @lukaesenko (Luka Esenko) and Jan Čermelj @jancermelj both already with a double feature, Ana Pogačar @anapogacar and Iztok Medja   .

We know that some people don’t have photos from Central Slovenia, but they support the campaign by sharing  photos and, above all, sharing the vibe! Manuel Wolf @manuelo_bo and @hairhoppers_010  are just two of them. 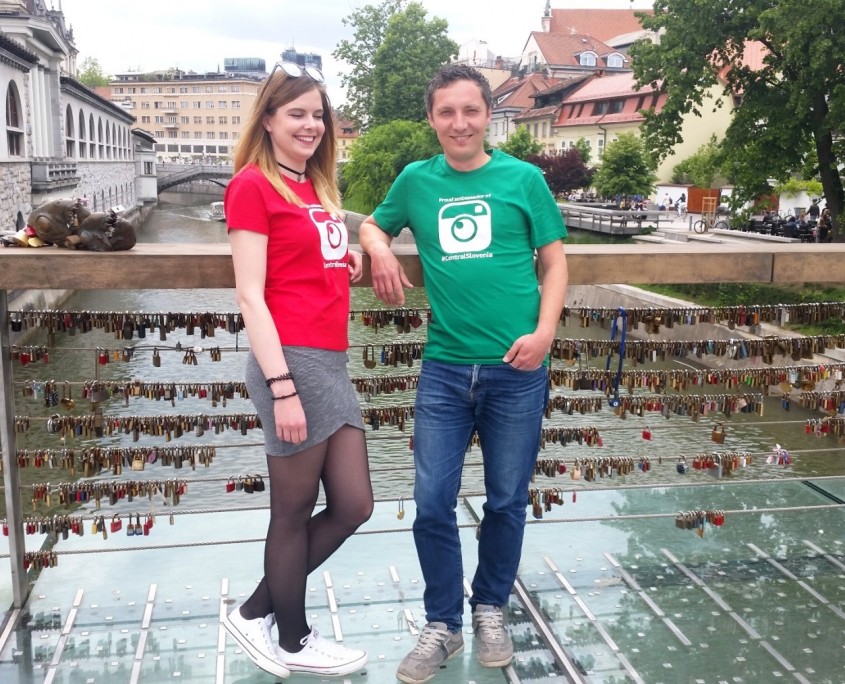 The second set of ambassadors, awarded by exclusive T-shirts as follows:

@dejkovski and @jakaskrlep have shared many different locations and have both been featured already; this is valid also for @dreamypixels whose time lapse of clouds over Velika planina was the very first video we have ever posted on Instagram. Great collections of photos from Central Slovenia which bring them an Ambassador title have also @valentina_plahuta, @denissimcic, @bojanaklemenc.bofit, @ines_loveslife and @silva.abram , Valentina and Bojana also with a feature. Congratulations!

In the last part of the challenge the Ambassador title and a T-shirt go to:

@gregorkacin has shown us many different parts of Central Slovenia and he was also featured. Very active contributors who shared their photos were also @mybluedragoness, @lukakotnikphoto, @lukezifoto, @pjsmooth77 and @mancakorelc.

Thank you all for your support!