The wider region of Škofja Loka consists of two valleys, Poljanska dolina and Selška dolina, which are both populated with some bigger villages and towns. All around and above the valleys are pretty steep hills of Škofjeloško hribovje. On their slopes and in some small and narrow valleys are countless small dispersed settlements, lone farms and small churches. A lot of those churches are built on the top of the hills or on the places which overlook the surroundings. One can not help but think of them as a kind of communication channel – not only connecting settlements in prayer but also advertise an event or even danger, as it was the case in 15th century Turkish invasion.

St. Andreas is one of them – a really small and dispersed settlement and a church with a View, only a few minutes drive from Škofja Loka. 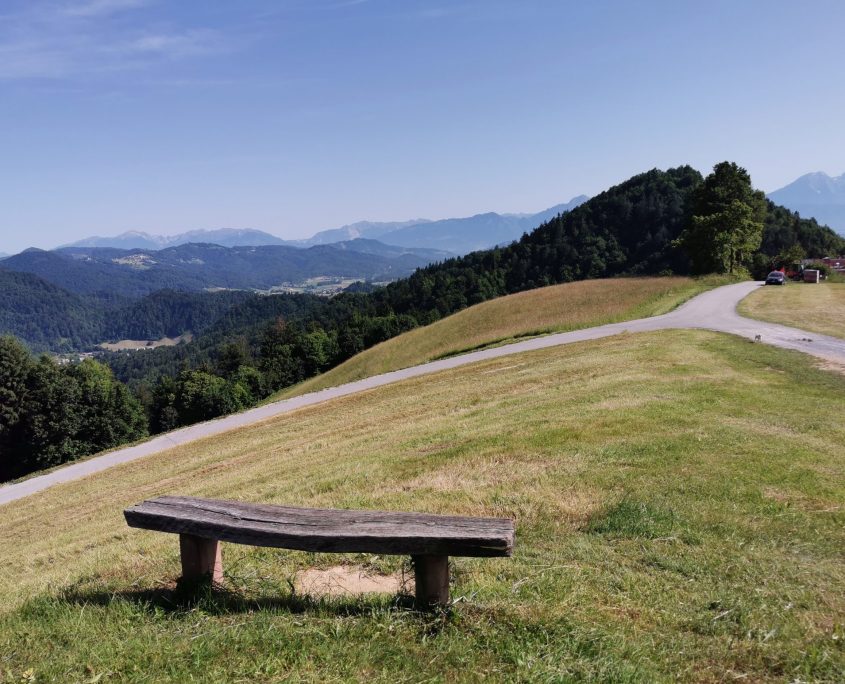 St. Andreas can be reached through the narrow Hrastnica valley, a side valley of Poljanska dolina, which connect Škofja Loka with Polhov gradec. It is positioned on the ridge between two narrow gorges – the area is full of gorges, which are usually called “grapa”. Great views are awaiting the visitor –  of the city of Škofja Loka, of the Karavanke mountains, Kamnik – Savinja Alps and of the king of the Škofja Loka – the mighty Mt. Lubnik. 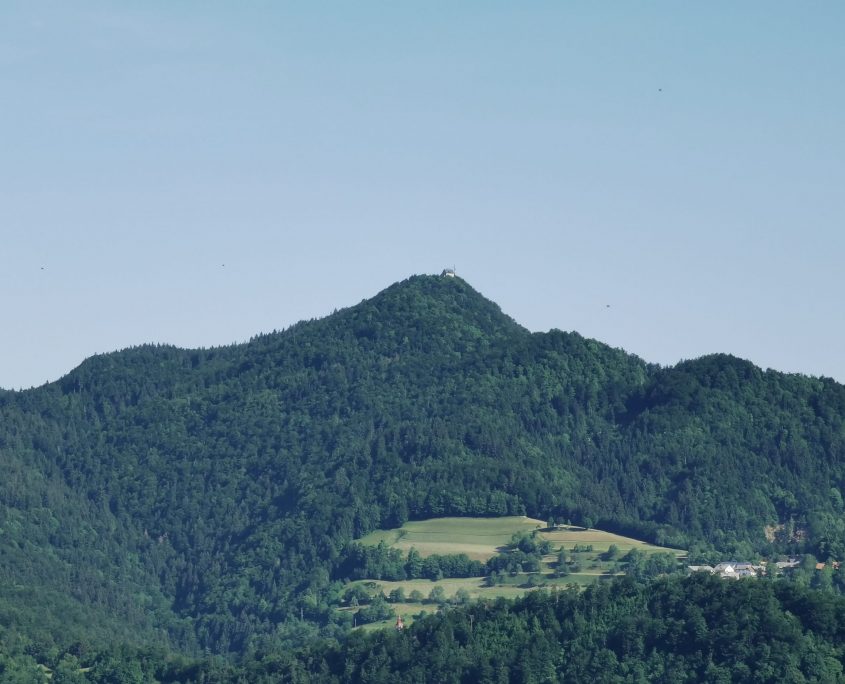 The church is Late Gothic, dating to between 1520 and 1530. The nave was vaulted in 1831. The frescos in the sanctuary, behind the altar, and one on the exterior were painted by Jernej of Loka at the time the church was built and most of the remaining decoration is from the 17th century. (wikipedia)

Unfortunately we have visited it just after the meadows were cut – views are much nicer with the high grass and flowers but also in the snow and early autumn the place is worth a visit. 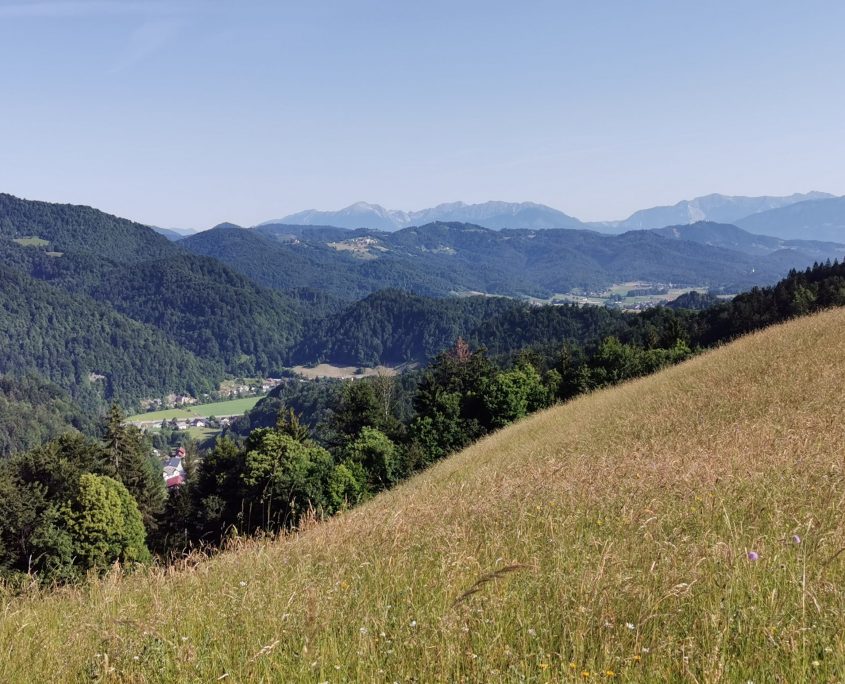 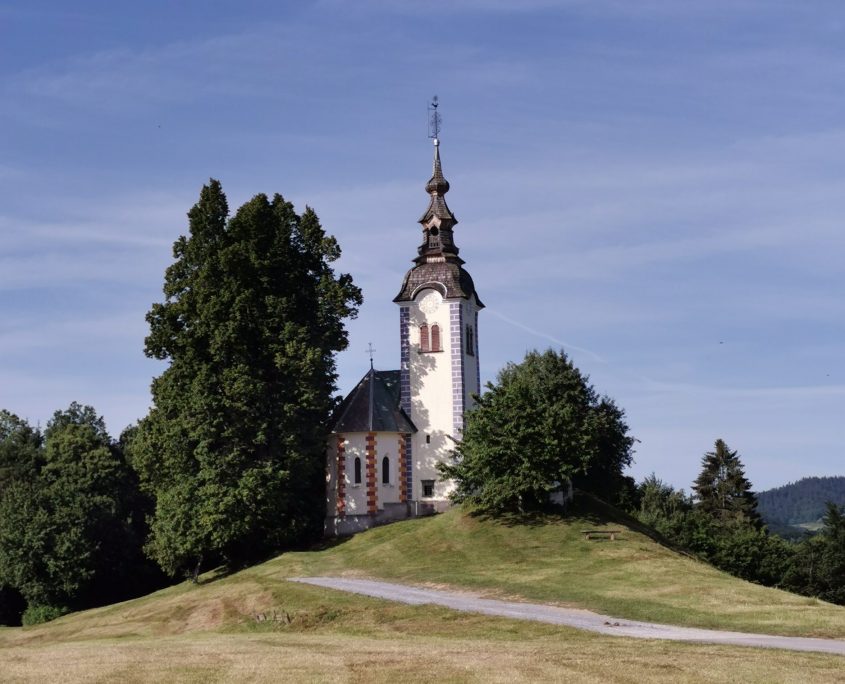 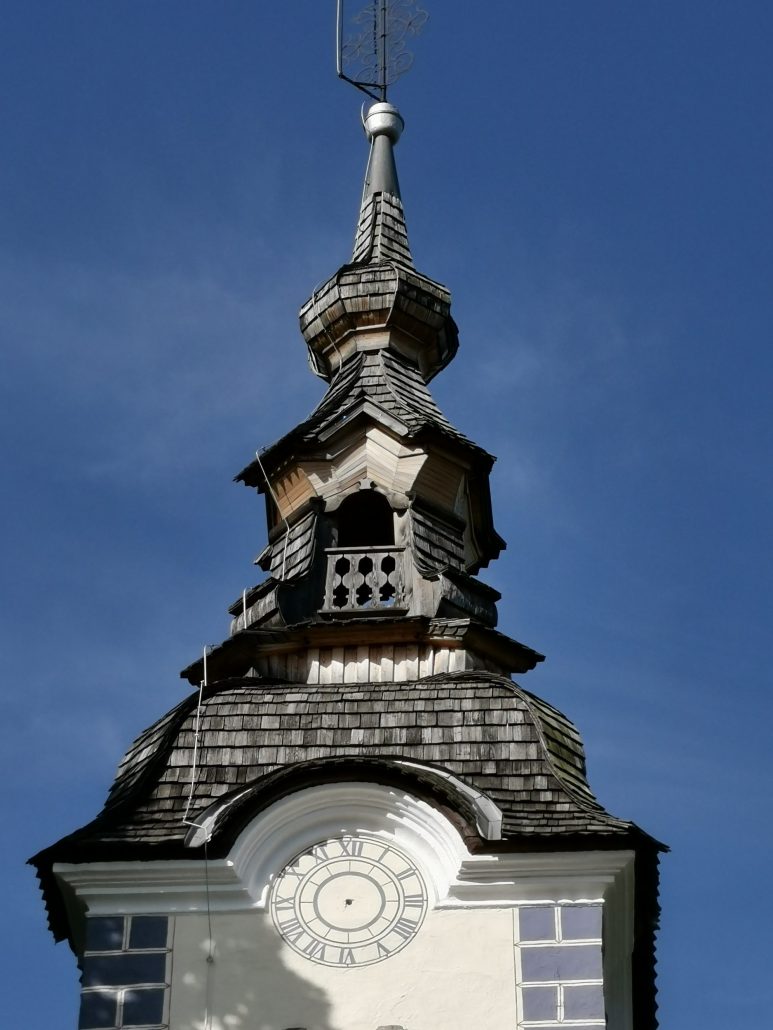 Nothing much can be added to the description. We have continued a few hundred meters through the woods though to find some nice rural motifs – old farm utility architecture at its best. 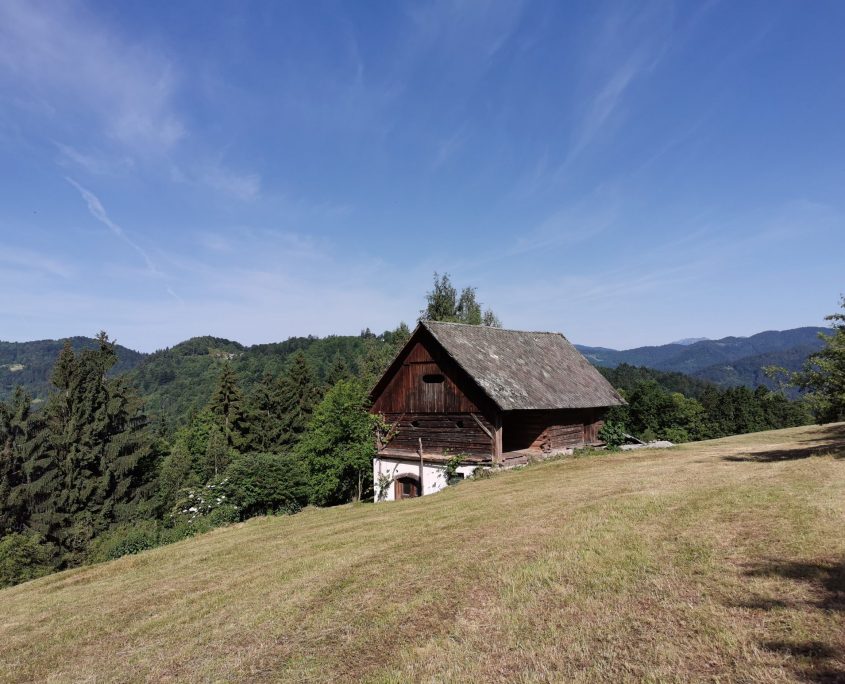 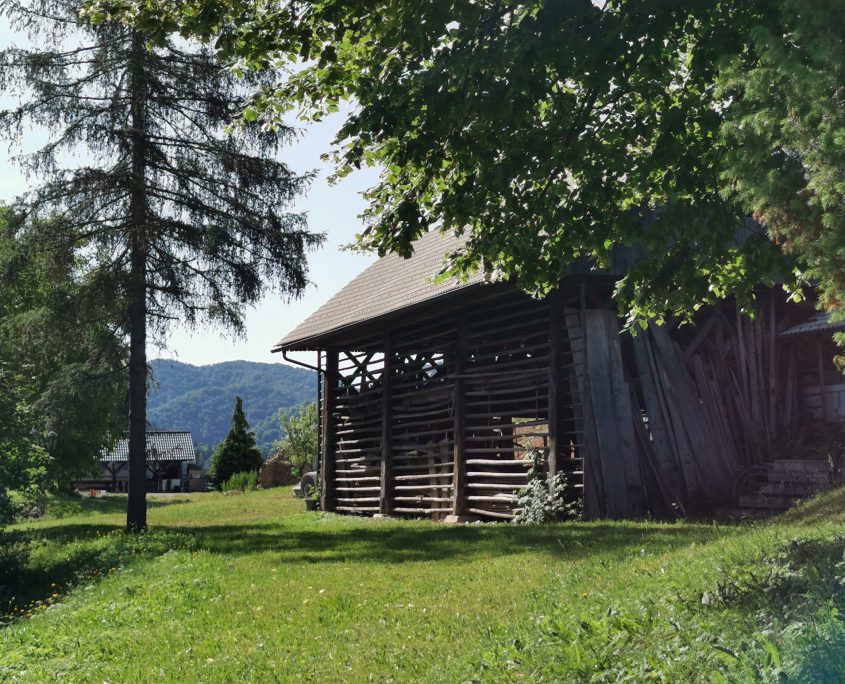 The views from the “back entrance” were not bad either. 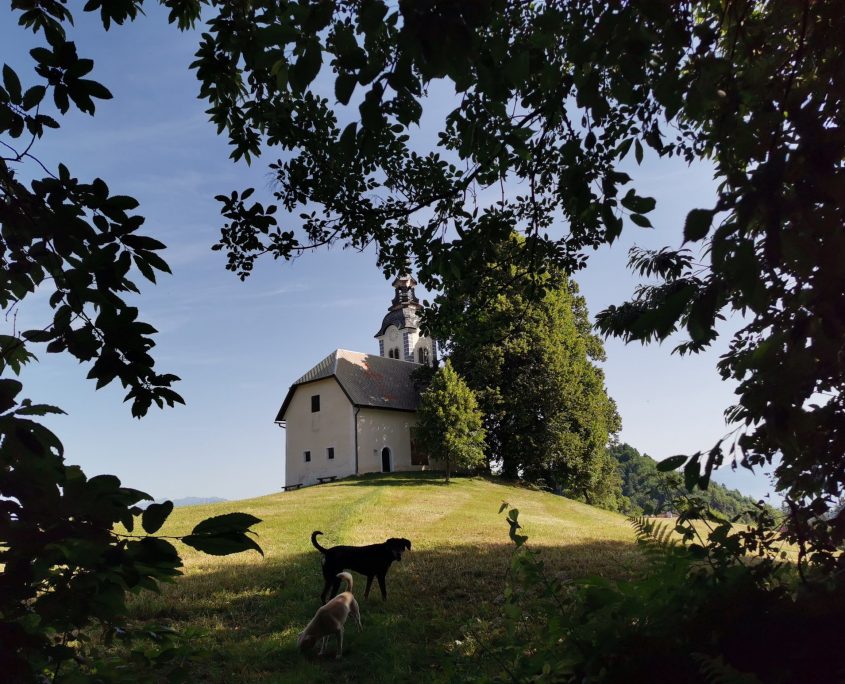 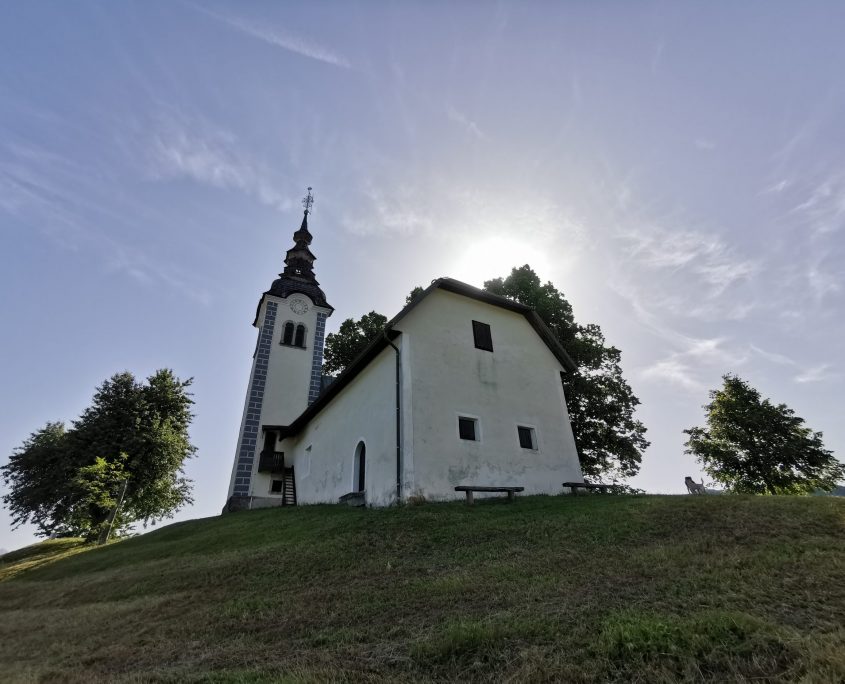 Check out other locations with photogenic churches and great views: St. Thomas and Križna gora. 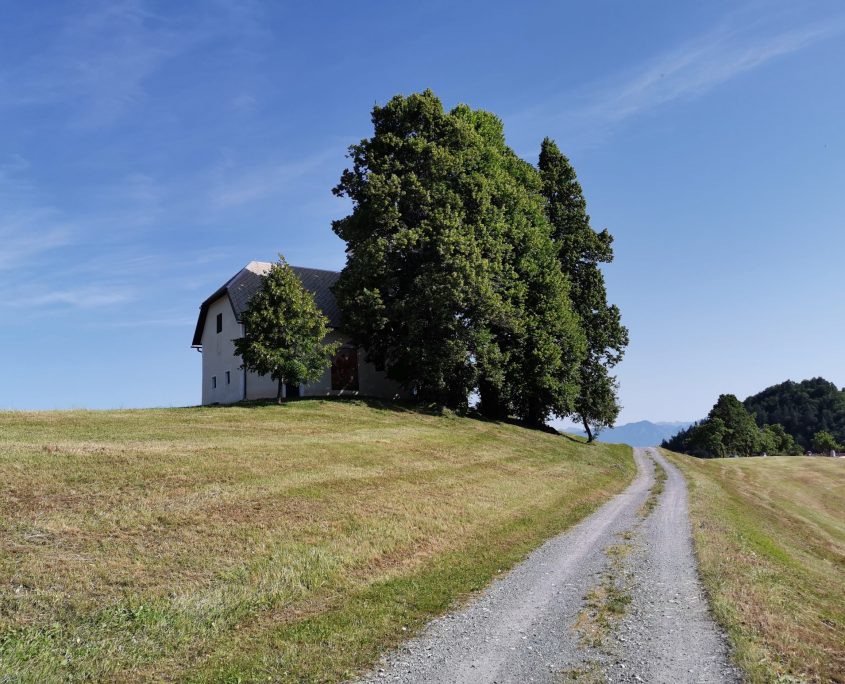 Ljubljana (from Trg revolucije to the Town Hall) 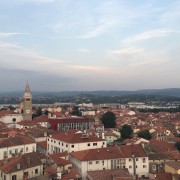 Instameet in Koper was amazing! 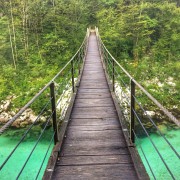 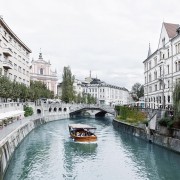 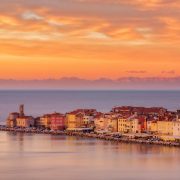