The highest hill in the municipality of Šentrupert is called Nebesa (Heaven). We have no idea why but the views there are really – heavenly. 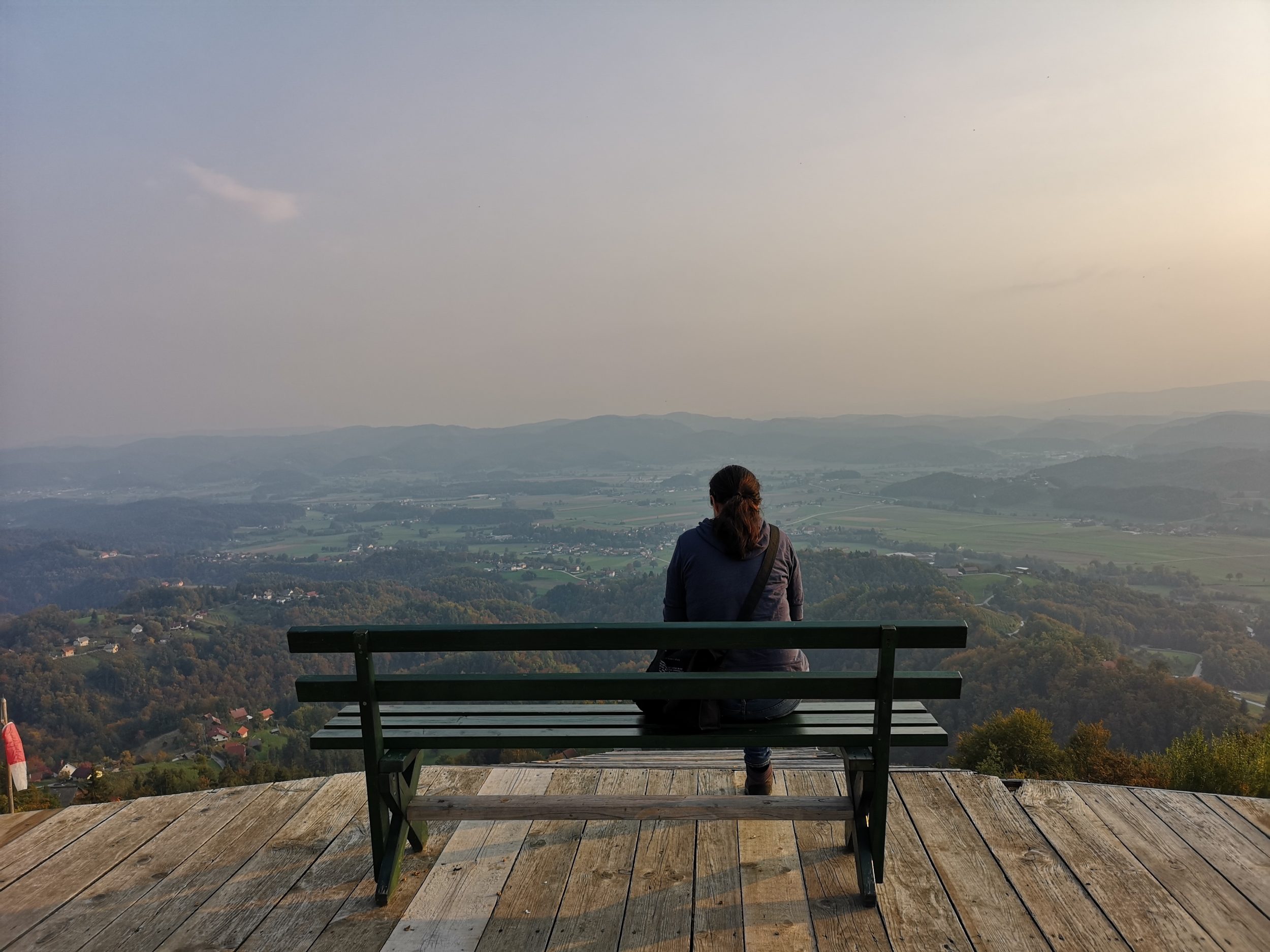 Dolenjska region of Slovenia is characterised by the soft rolling hills mostly covered with vineyards, small villages, lazy but magnificent Krka river and many churches on the top of the hills. One can not see the whole region from Nebesa but can get some of the best views of the landscape there. 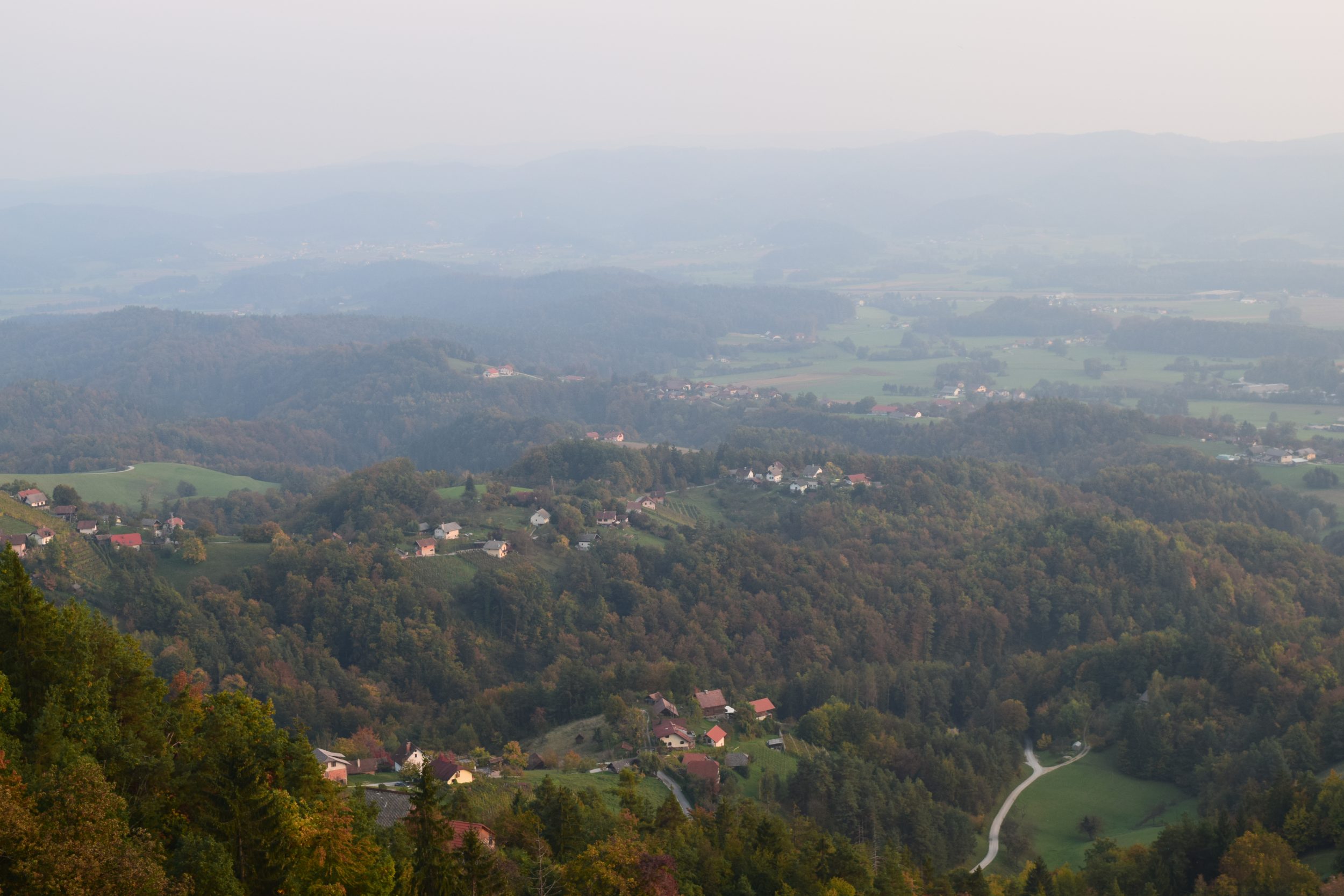 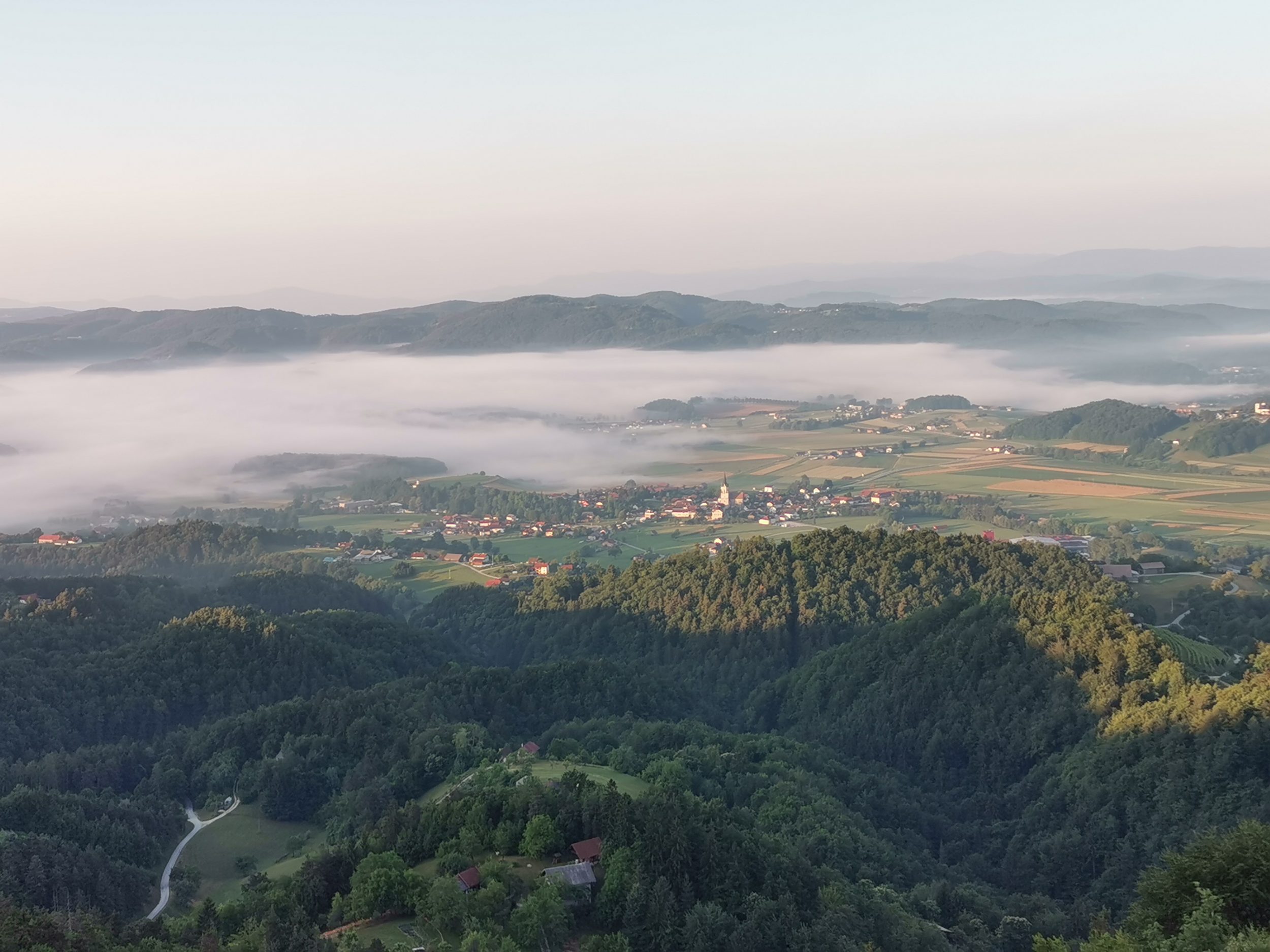 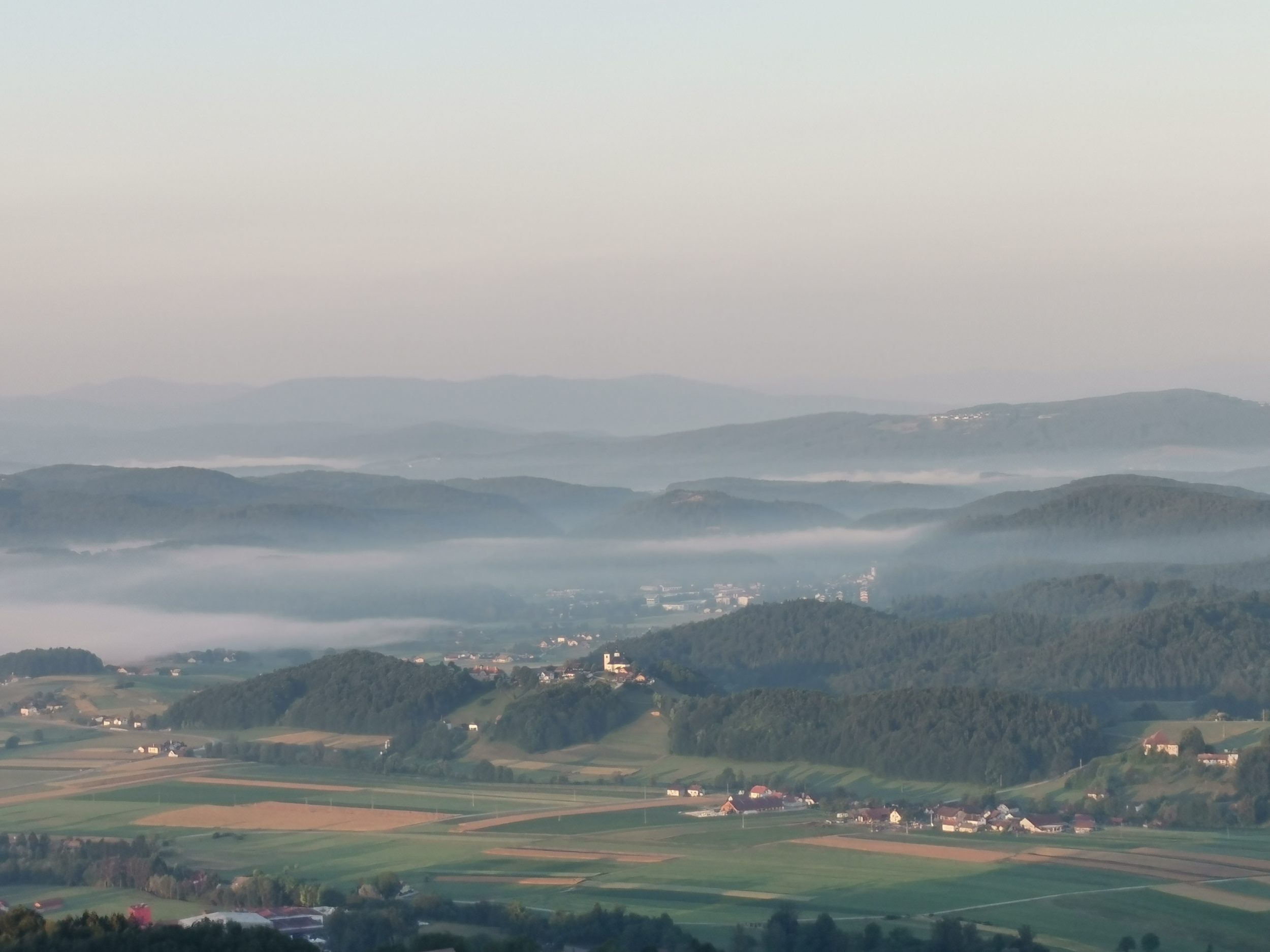 We have visited it twice, once in the autumn evening and the second time in early summer at the sunrise. Sunset photos are fantastic and available throughout the year. 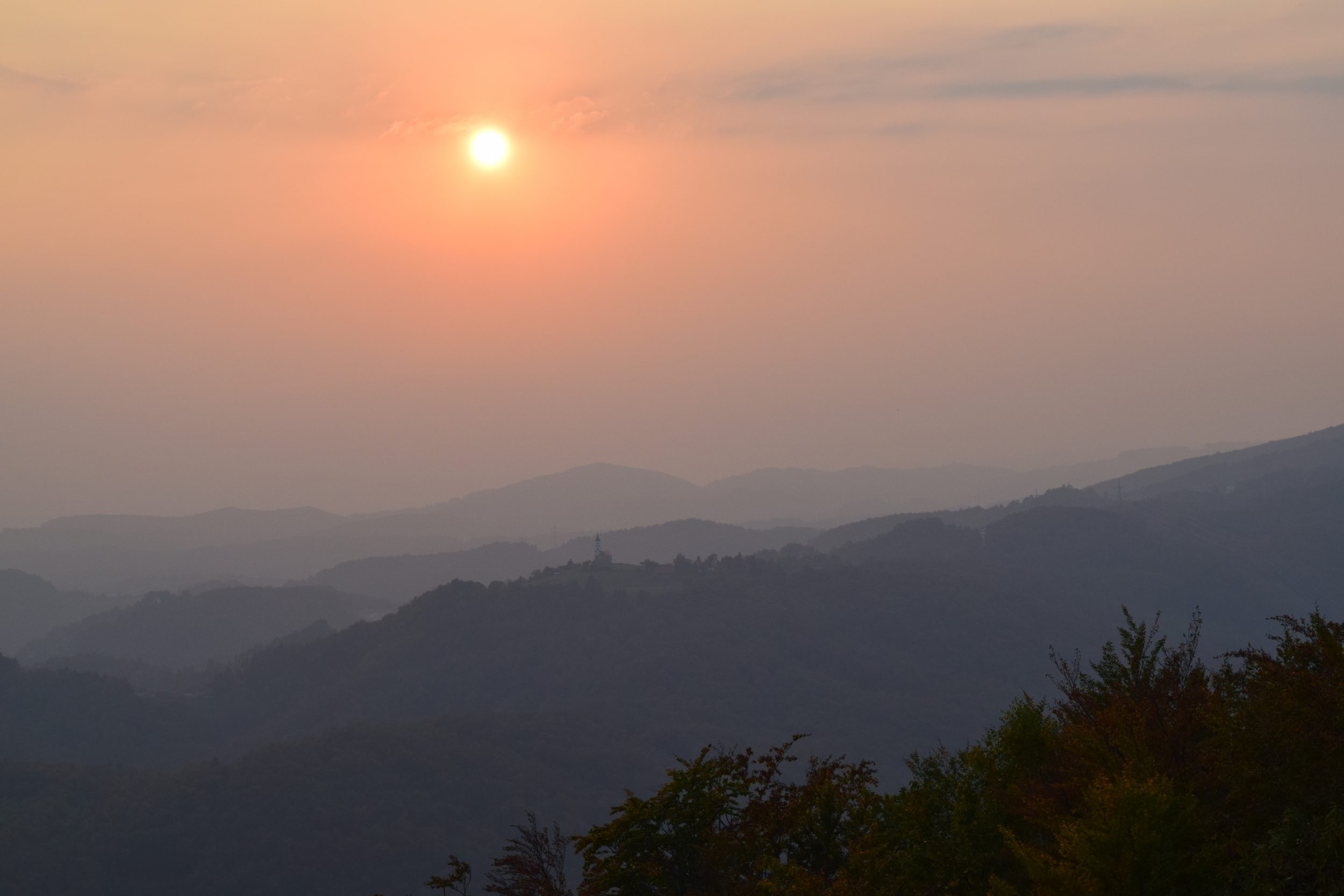 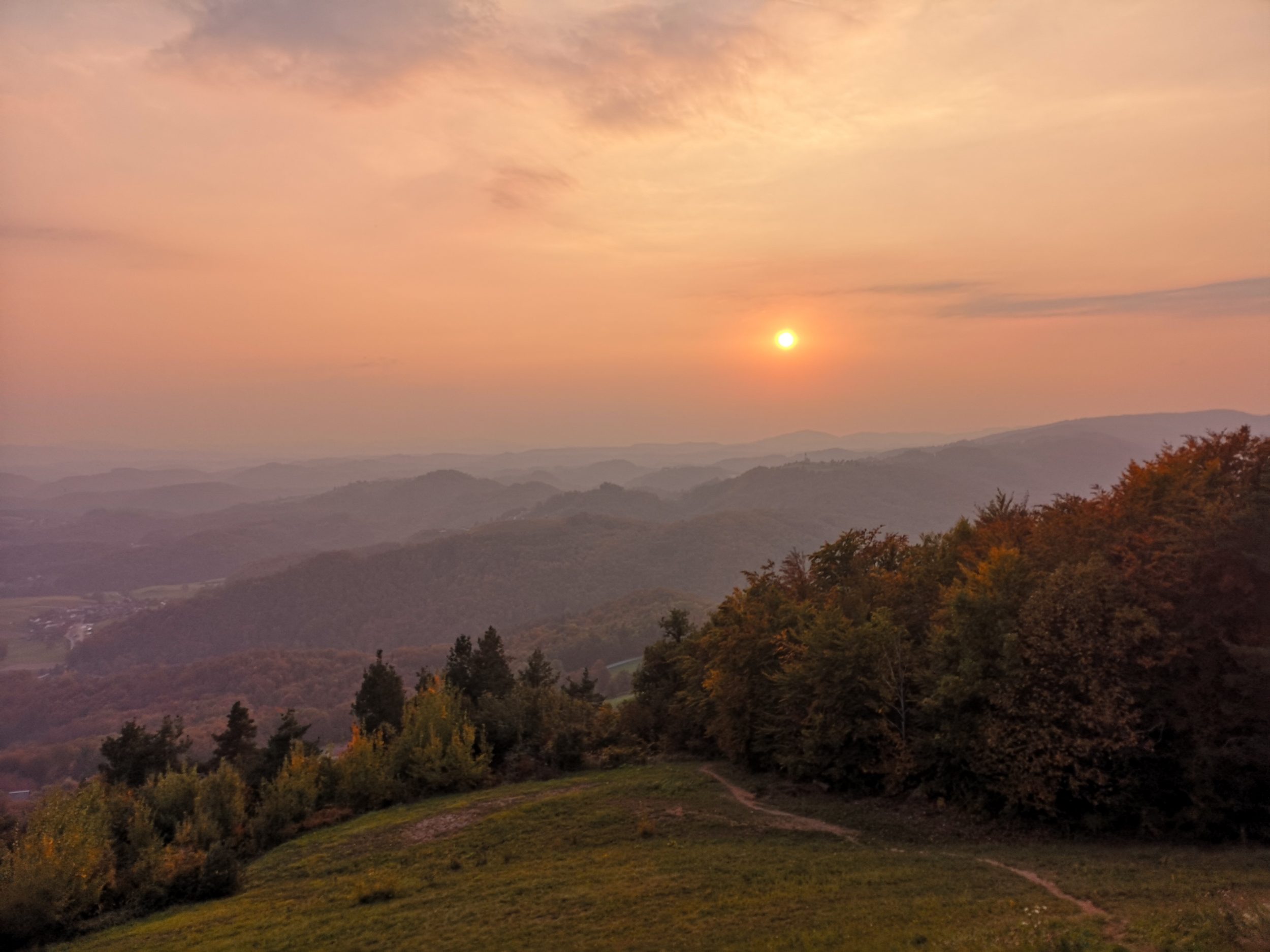 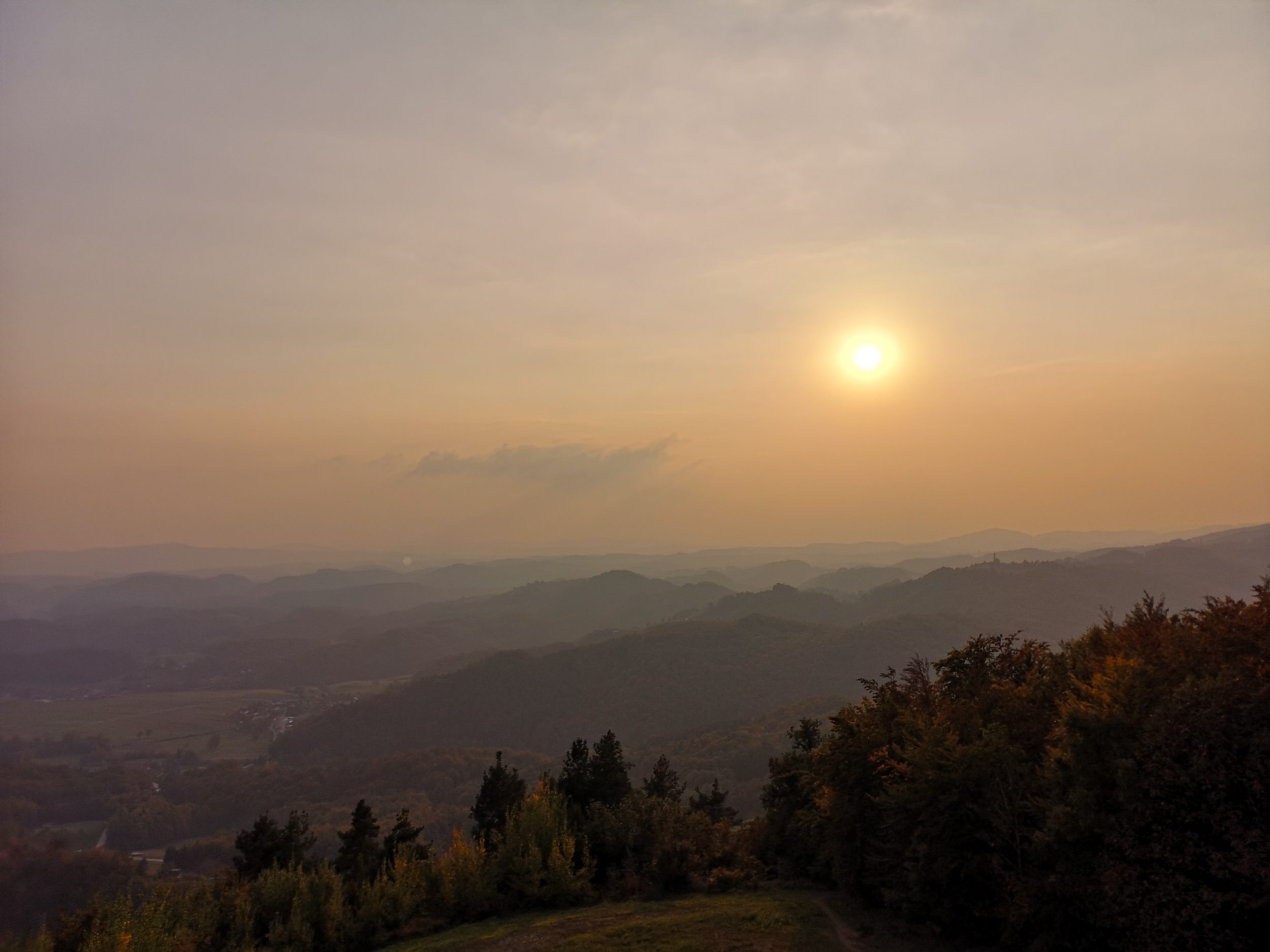 Direct sunrise can be probably caught from the late autumn till early spring. In other months sun rises behind the hill and lightens up the Mirna valley and the rolling hills around but doesn’t interfere with the lenses of your gadget. 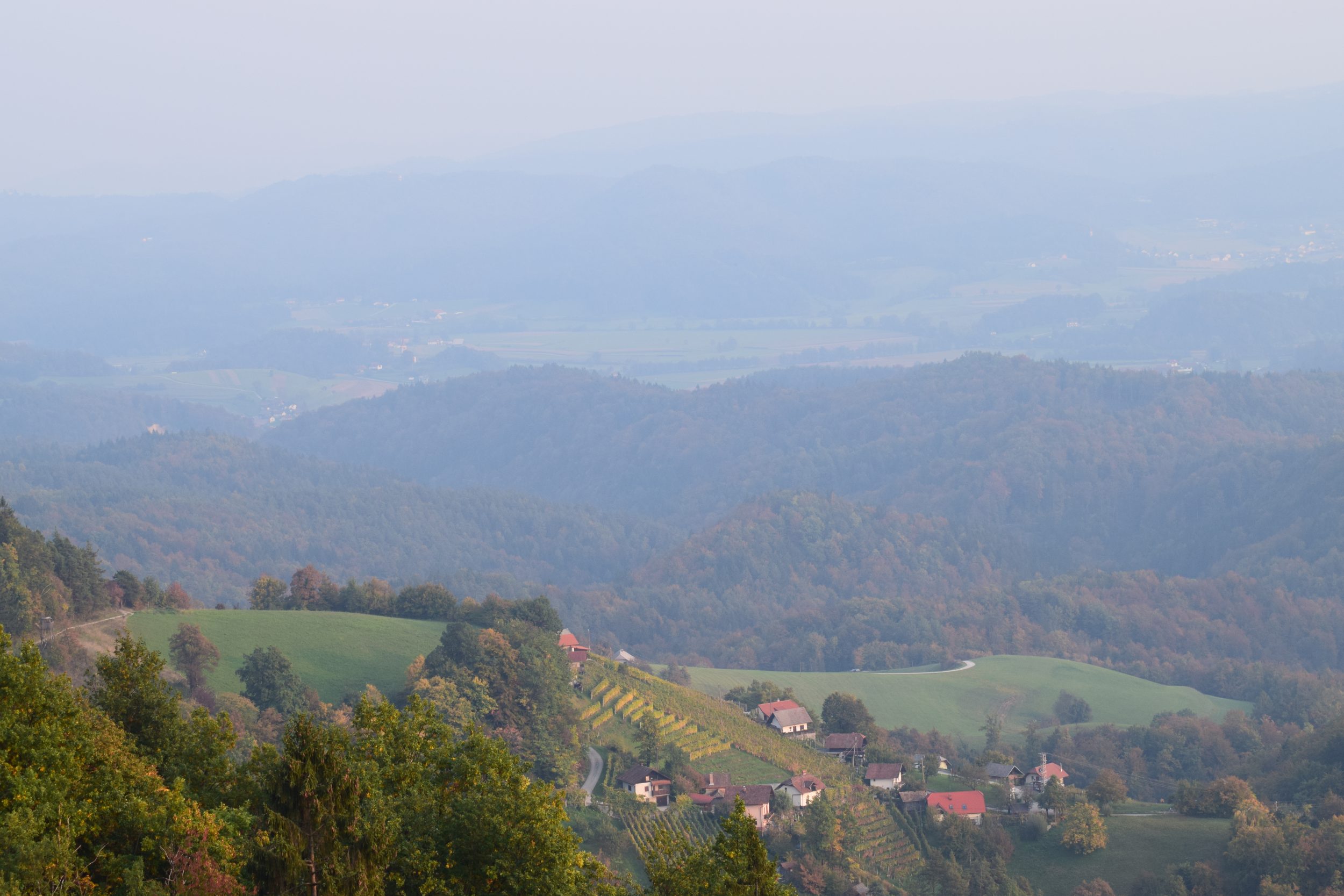 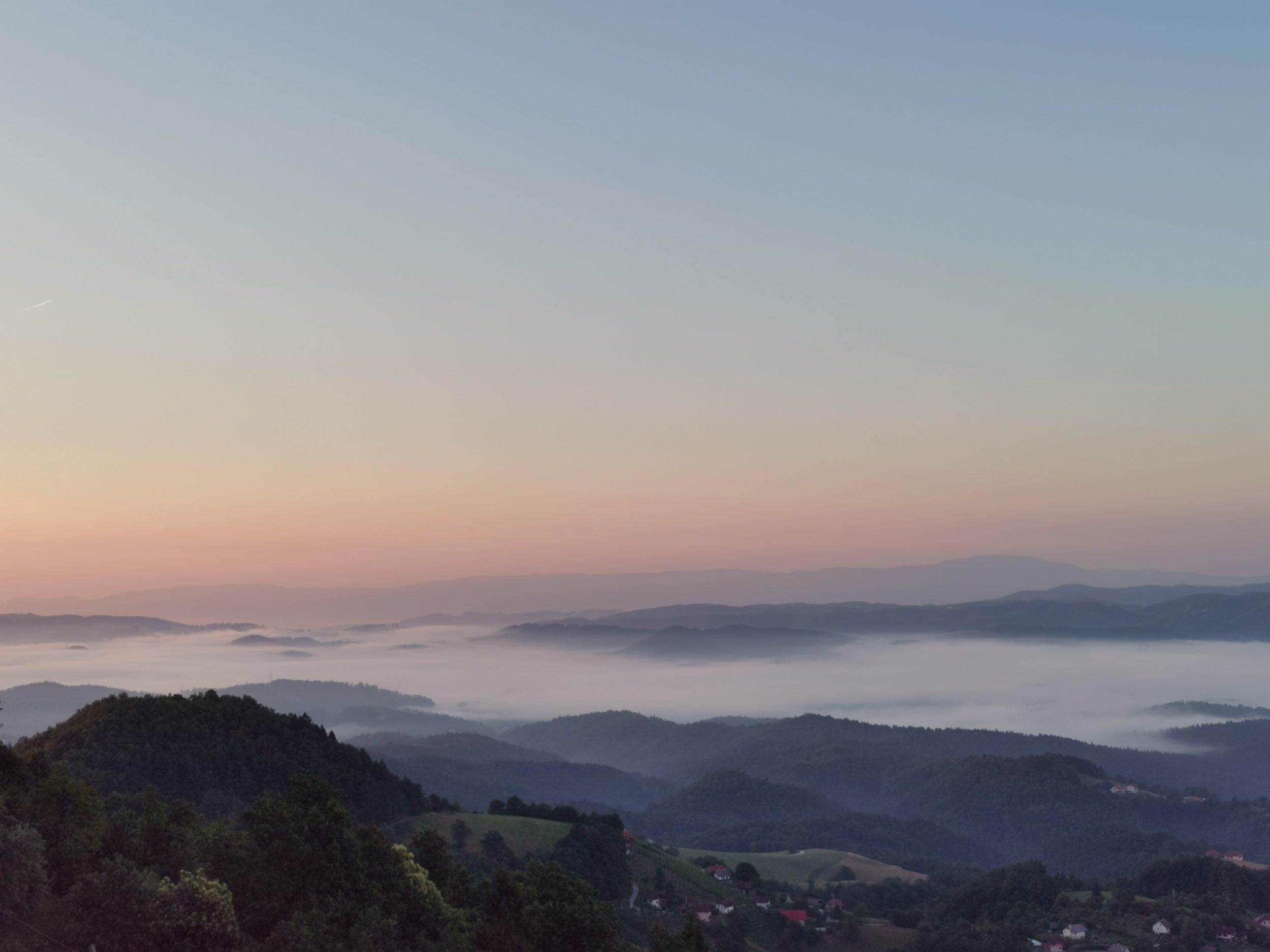 The morning fog is pretty common there just to make the whole scenery even more magical. 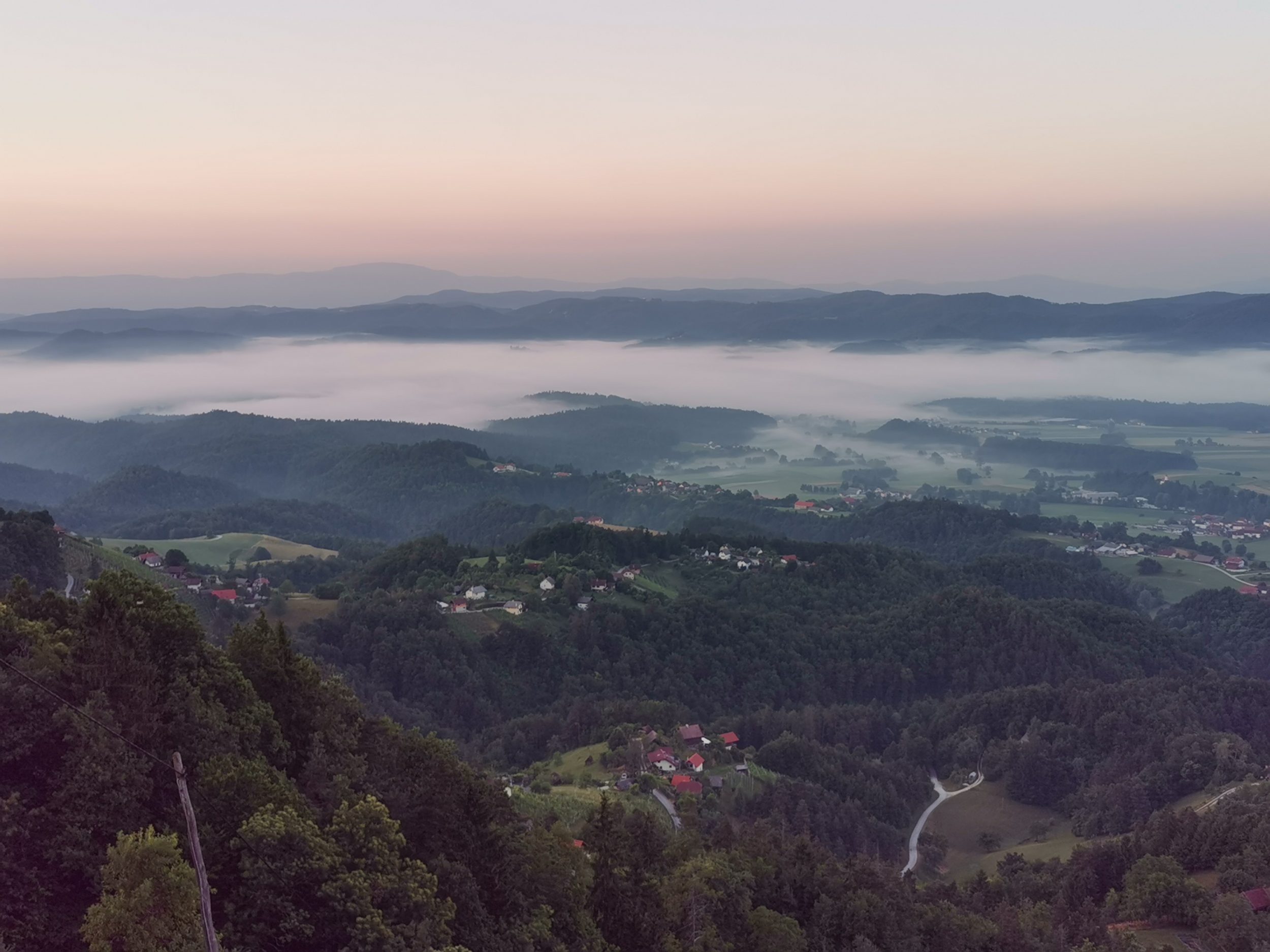 The place is easy accessible with a car. There is a small tourist farm there which is open for public only at weekends but their toilettes are available at any time. This is probably a local cooperation with paragliders who have their ramp just next to the building. 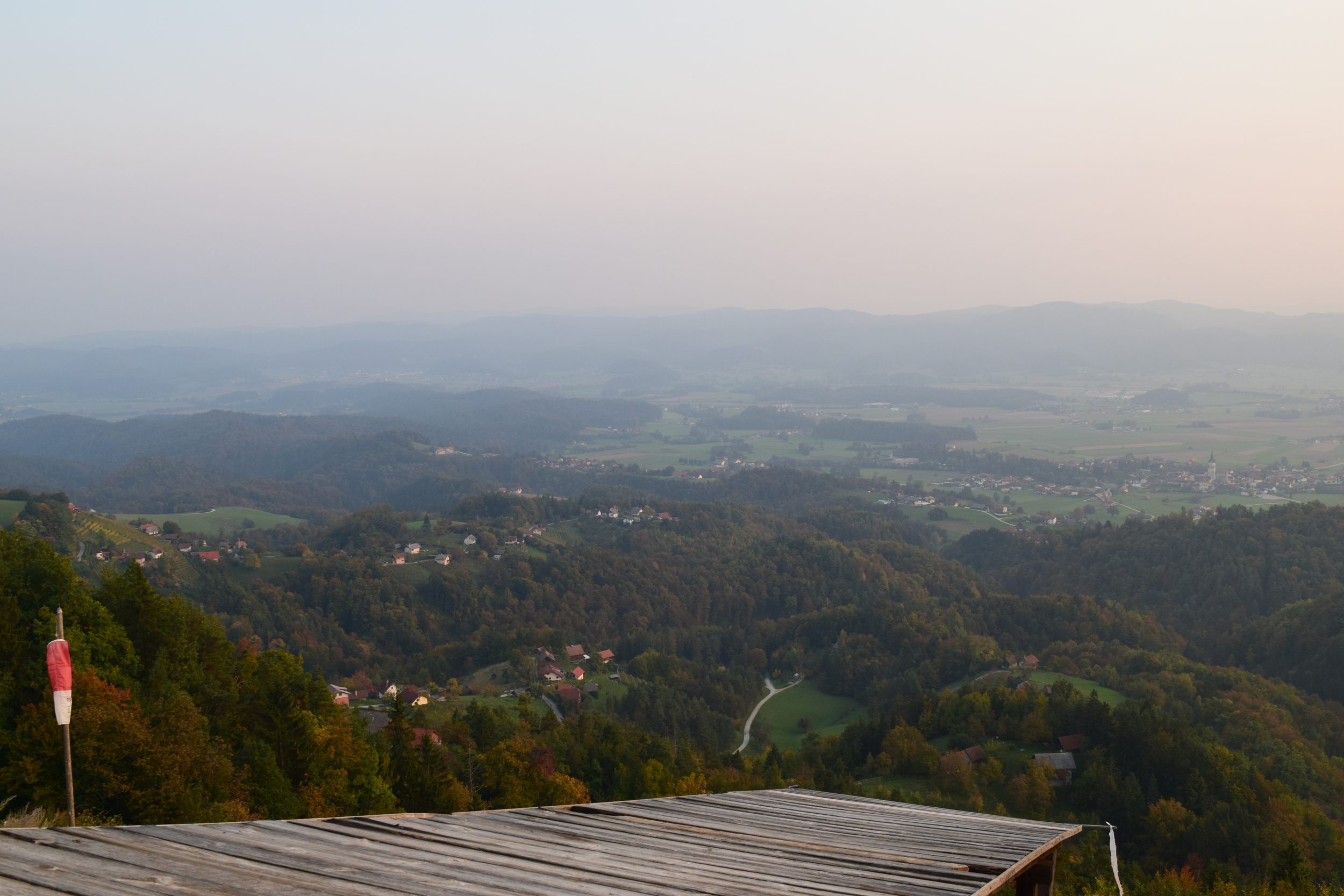 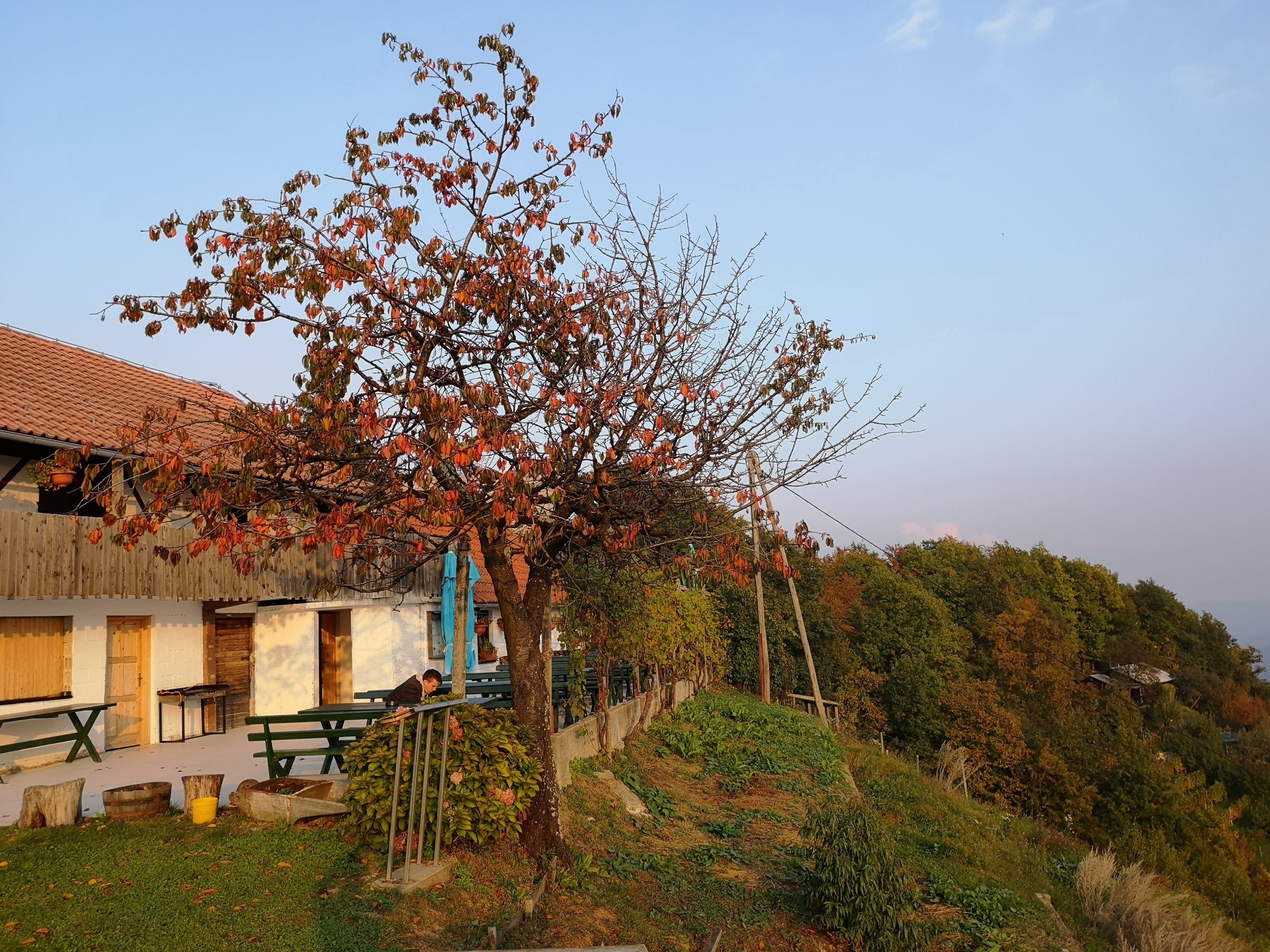 We have mentioned sunrise and sunset time to be the best times to photograph here. Season wise we would recommend a colourful autumn, a snowy winter and late spring with the blossomed orchards and ripping fields. 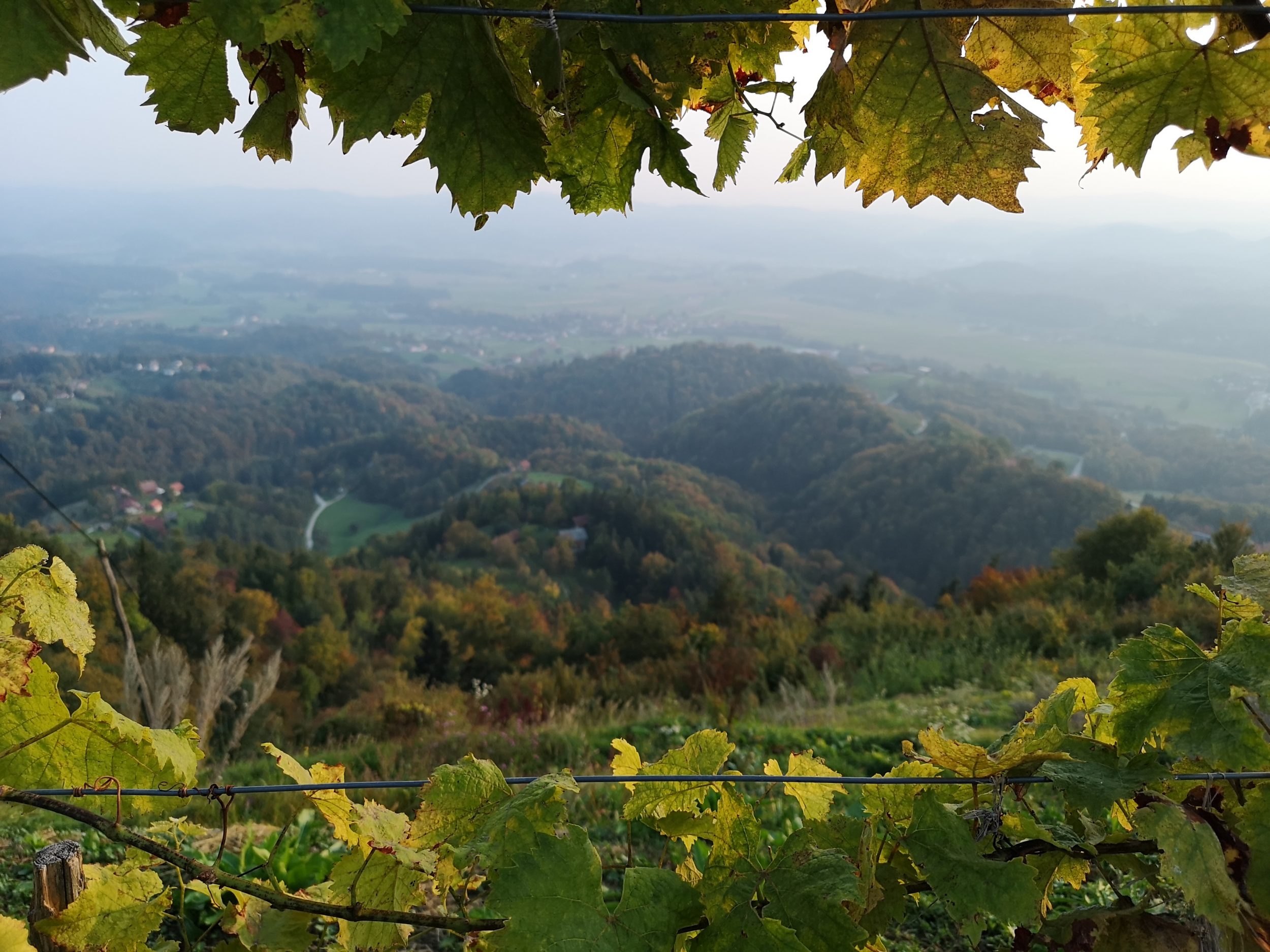 We strongly recommend this less known place which could serve also as an inspiration for further explorations. Otočec Castle and  Novo mesto are pretty close! 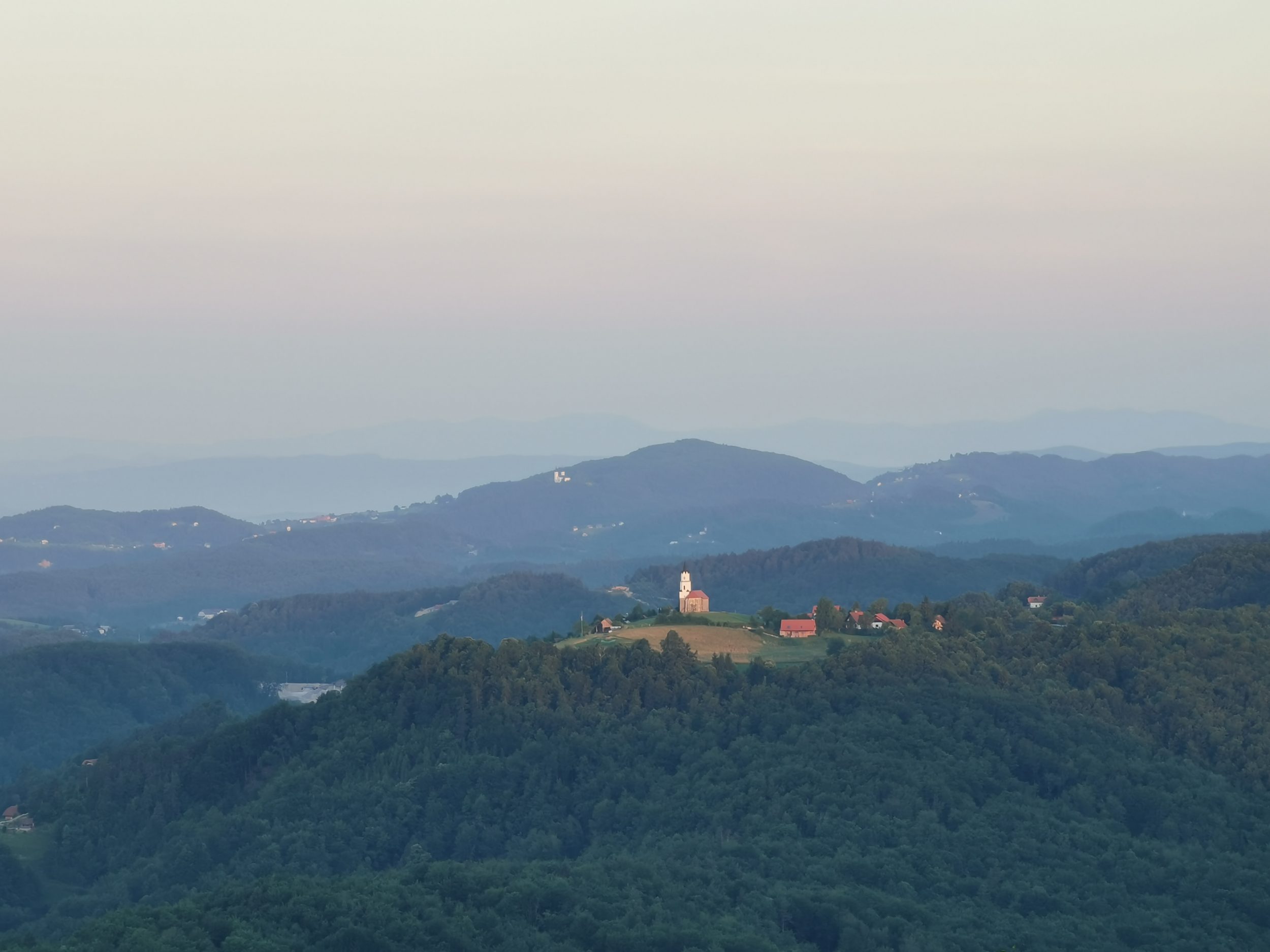