The Črni Kal Viaduct is the longest and the highest viaduct in Slovenia, located on the A1 motorway just a few kilometres before reaching the city of Koper from the direction of Ljubljana. It runs above the Osp Valley between the village of Gabrovica and the village of Črni Kal by which it got its name. 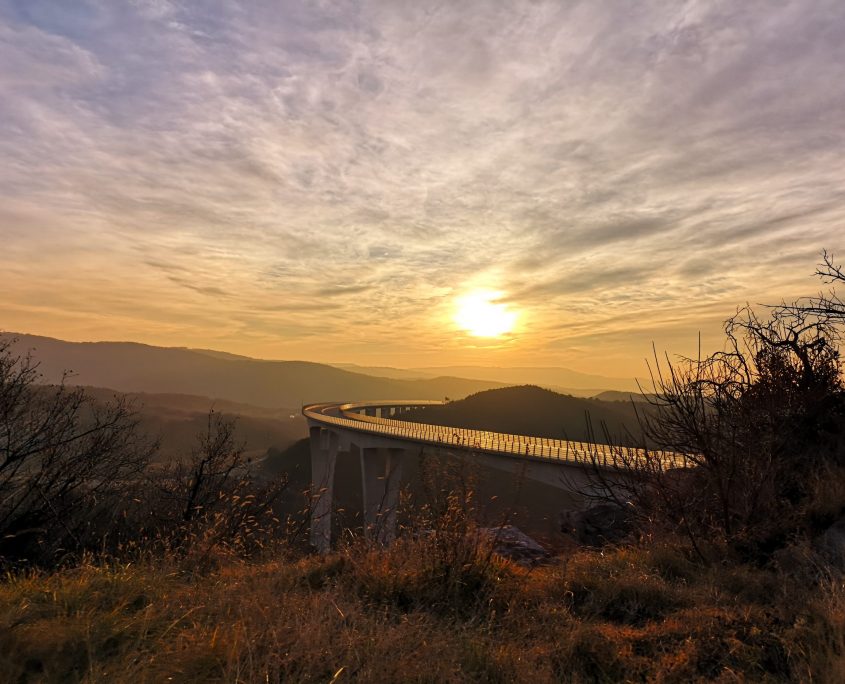 At the highest point it rises 87.5 m above the valley and it the foggy days many times just peaks above the fog. Its shape presents a nice leading line and it is directed towards west so the sunsets can be pretty spectacular. Since it is pretty close to some photo spots a long exposure photography is possible. No wonder that it became a popular photo object in the last few years with the rise of Instagram. 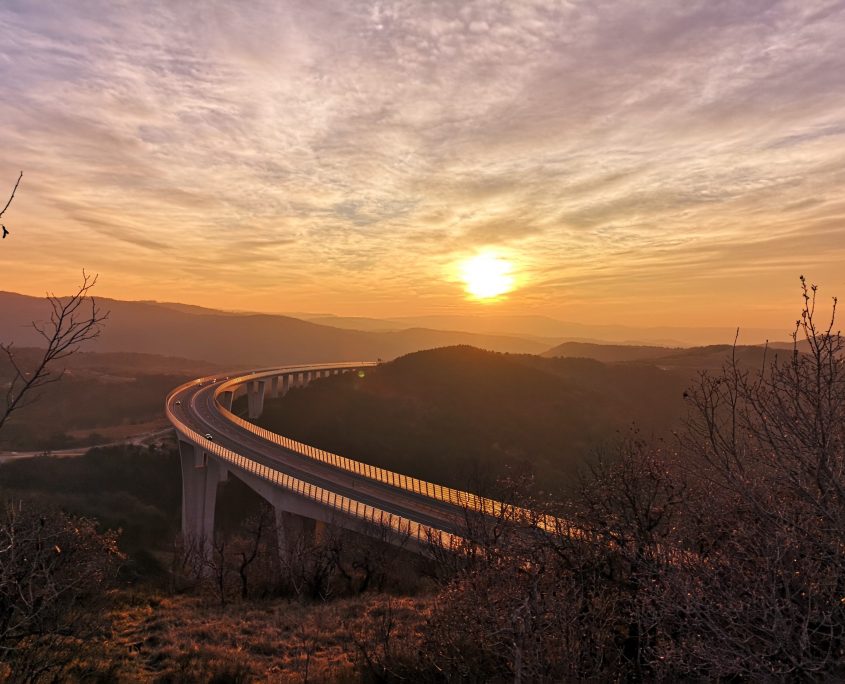 The viaduct is 1,065 metres long and runs from the slopes of Kraški rob, where the karst of Slovenia ends , to the rolling hills of Istria. The easiest photo spot to reach is the quarry on the left side of the 409 road just before the village of Črni Kal from the direction of Kozina. Park the car just before the working area of the quarry and the first photo spot is just a few metres away. In fact, there are a few of them so one can choose the angle which suits the situation. 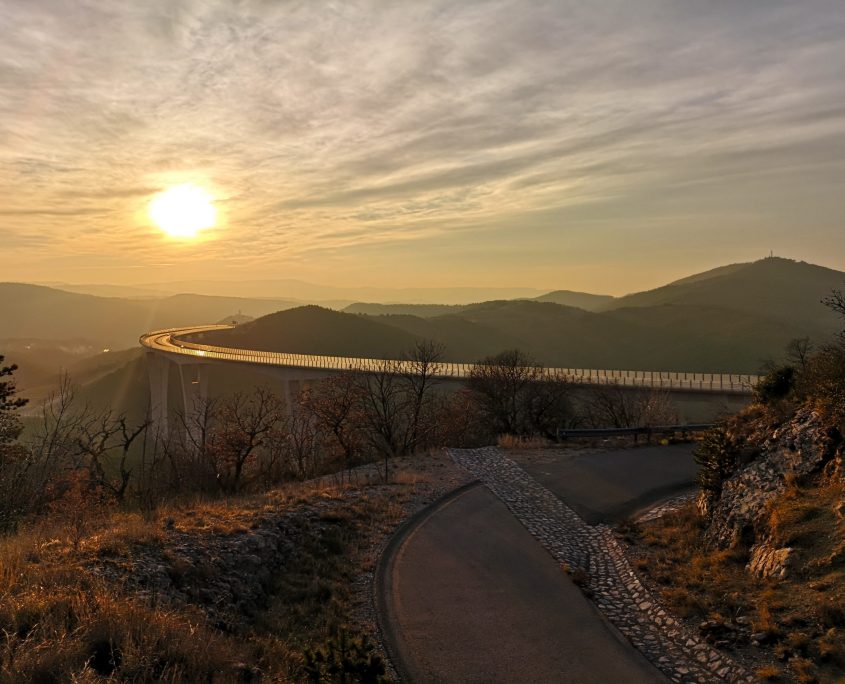 Following the narrow road just bellow the quarry a new angles and photo spots open every few steps and a road itself can be a part of composition as well. A small slope on the left before the bend in the photo above is also one of them. 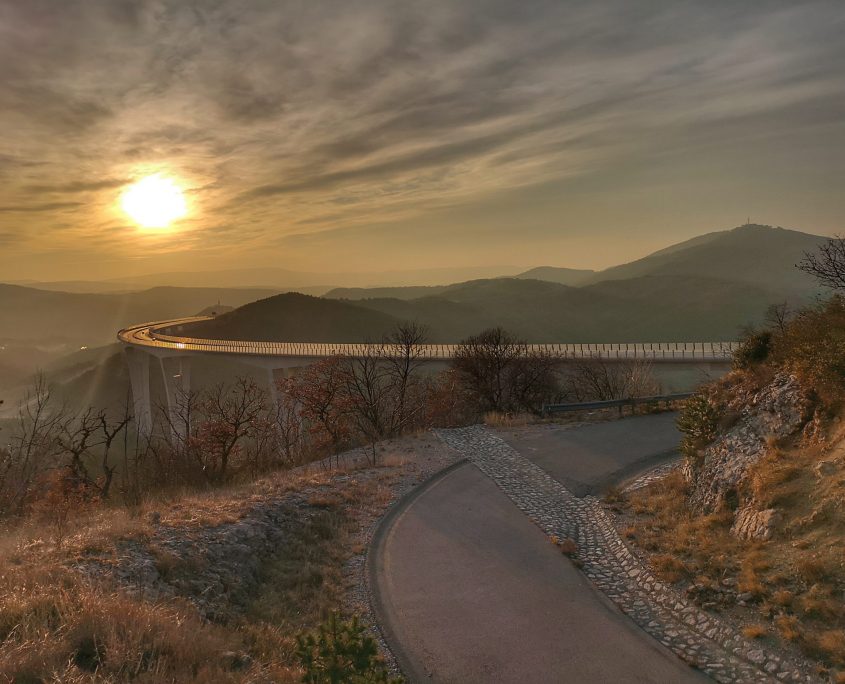 Descending from the slope on the left a few other spots can be reached closer to the viaduct but at some point is starts to run parallel with the eye of the camera so the road is not visible anymore. Before reaching such a point some interesting compositions are available. 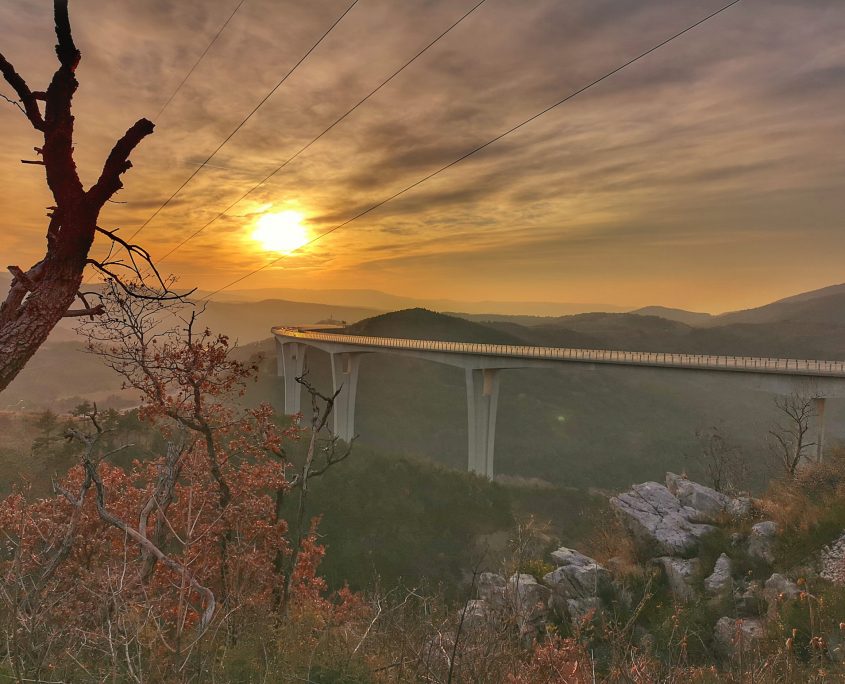 One is the view of the Y-shaped columns, the distinctive feature of the viaduct, rising from the valley. Obviously a fire devastated a part of the area a few years ago and left behind some trees which come handy to make a different photo. 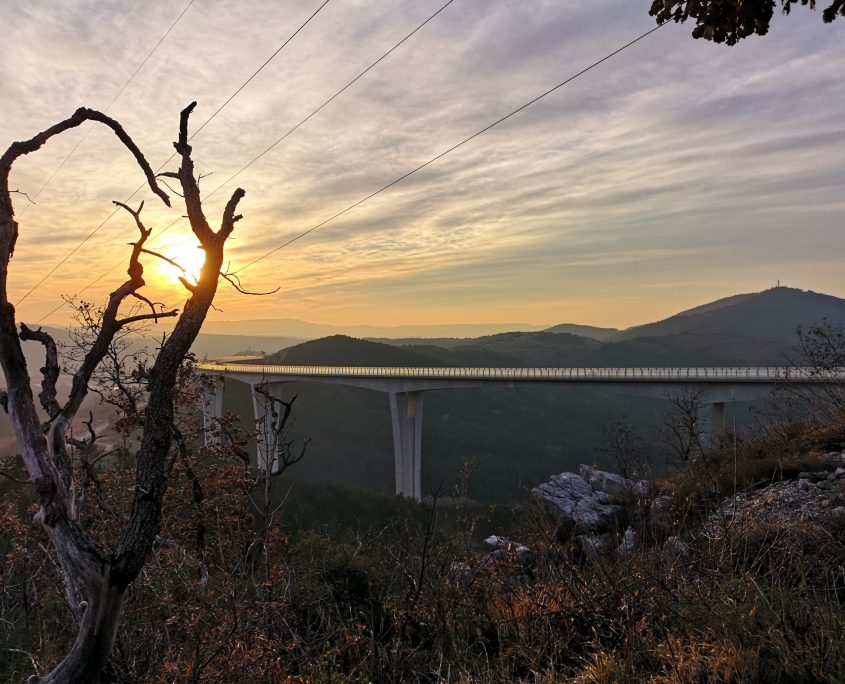 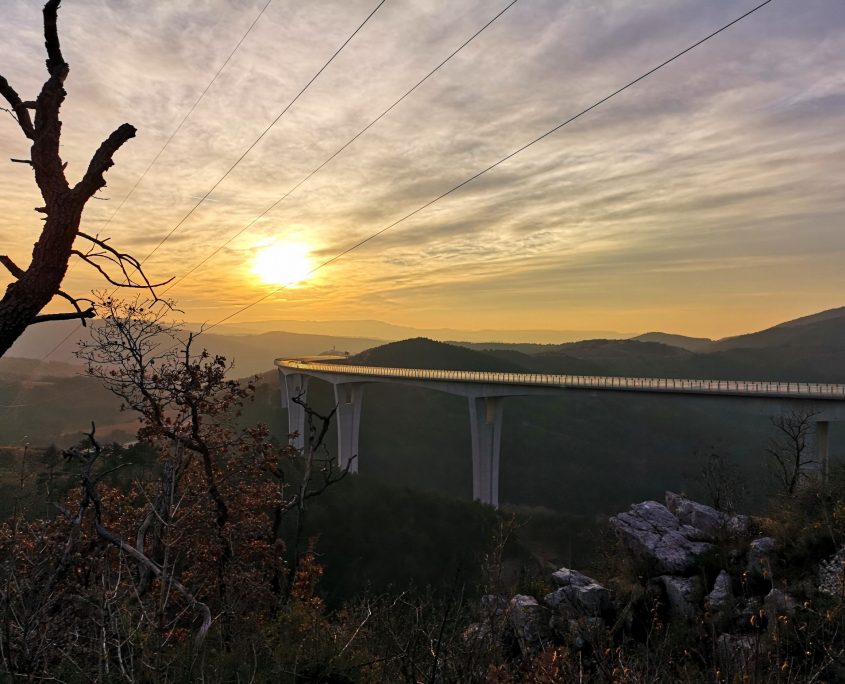 All spots are close enough to take decent photos with a good camera on your phone. We used Huawei P20Pro in different modes, against direct light mostly HDR and and Sunrise/Sunset automatic mode. There is another spot to photograph the viaduct, located just above the village of Črni Kal, namely at the Fortress of Črni  Kal. However it is much higher above the viaduct and more distant so the phone camera probably won’t be enough.